The makers of a new and much-anticipated smartphone app called Color are operating on this principle: “We’re all inherently voyeuristic,” said Peter Pham, president and co-founder of the Palo Alto, California start-up.

Color, however, is a location-based, photo-sharing app that takes voyeurism to post-Twitter level by letting users see all of the photos that are being taken by strangers who happen to be within a 150-foot radius of the user’s smartphone.

Photos taken through the app, which launches on Thursday morning, are public by default. They’re stored on Color’s servers and the company owns them, said Pham, who co-founded the 30-person company with Bill Nguyen, previously of Lala.com and a force to be reckoned with in the tech world.

END_OF_DOCUMENT_TOKEN_TO_BE_REPLACED

Technology is emerging that could solve a growing menace on the nation’s highways: texting while driving.

END_OF_DOCUMENT_TOKEN_TO_BE_REPLACED

Now that Google’s Nexus One phone has been revealed, the question everyone is asking is how does it compare to the other current top smartphones on the market, most notably, iPhone and Motorola Droid? Moreover, is it worth switching to Nexus One from your current device?

The biggest difference is total cost of ownership, and Nexus One wins big there over iPhone and Droid because T-Mobile’s plans are less expensive than those offered by AT&T and Verizon, who carry the iPhone and Droid, respectively. But that comes with a caveat too — T-Mobile’s 3G coverage isn’t on par with that of Verizon, and even trails that of the much maligned AT&T. 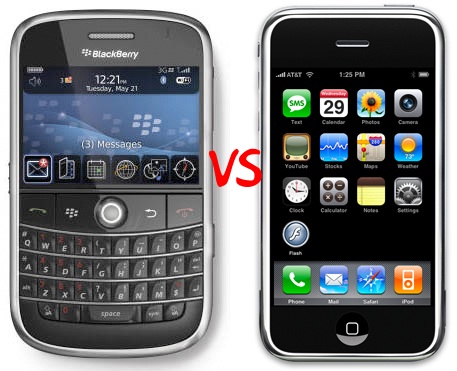 I describe myself as more “tech-curious” than “early adopter”. I like for my gadgets to be low maintenance, intuitive and then sleek – in that order.

Having been a BlackBerry user for a number of years, and then trying out the iPhone, I thought I could offer some perspective to those who are considering switching over.

To someone who has never used either device, you may find this piece extremely boring, as it is more technical than not, with none of my usual references to spirituality or meditation (well, with one exception at the very end of the review – of course).

When the new iPhone 3GS was released a couple of months ago, I was actually having some technical issues with my BlackBerry. My carrier (AT&T) offered to replace it, but instead I chose to see what all of the hype was about around the new iPhone. I dumped the BlackBerry with joy and got a shiny new, white 32 gig iPhone 3GS on 4th of July weekend.