to be announced shortly

WASHINGTON D.C. –“Obama: THAT ONE!” a pre-Inaugural gala celebrating the electrifying and historic ‘Change’ movement, will be held on Sunday, January 18 from 9:00pm – 1:00am at Newseum, one of the most sought-after venues in Washington, D.C. The Newseum, a commanding 250,000-square-foot venue, is the world’s most interactive, state-of-the-art news museum. 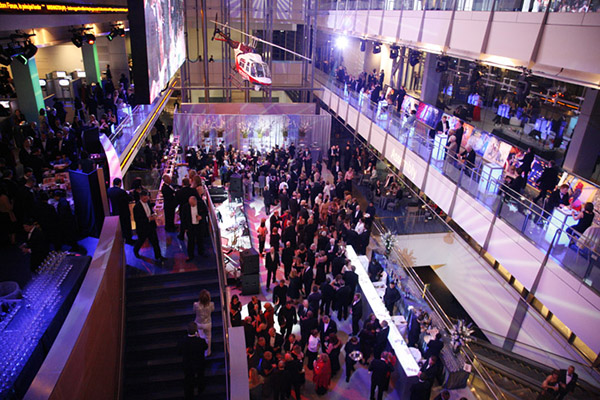 Sponsored in part by HBO, this momentous and star-studded night-to-remember will include fabulous food catered by internationally acclaimed chef Wolfgang Puck, dancing with music by celebrity DJ Beverly Bond (Founder, Black Girls Rock), and the “CHANGE” Awards to be presented to high-profile opinion-makers from the arts & entertainment, financial and political sectors that have been influential throughout the historic “Change” movement. Honorees include President-elect Barack Obama’s former Harvard Law School classmate, Hill Harper. Harper is an accomplished actor, author and Founder of Manifest Your Destiny Foundation, a non-profit youth organization dedicated to empowering, encouraging, and inspiring underserved youth to succeed. In the spirit of this historic event a percentage of the proceeds from the evening will be donated to several charities including Manifest Your Destiny.

The guest list includes a global Who’s Who from the political and entertainment worlds. Additional Honorees and celebrity guests will be announced shortly.

“Obama: THAT ONE!” promises to be one of the most extraordinary events in inaugural history as the country comes together to celebrate the dawn of a new era, the first step in effecting the global Change Movement.

Use this to purchase General Admissions Tickets at discount rates