Doctors and parents were stunned when research published more than a decade ago found American girls were beginning puberty at much younger ages, some as early as 7. A new study released Sunday suggests the average age at which puberty begins may still be falling for white and Latina girls.

According to the paper, which appears in the journal Pediatrics, almost one quarter of African American girls have reached a stage of breast development marking the onset of puberty by age 7, as had almost 15 percent of Latina girls and more than 10 percent of white girls.

END_OF_DOCUMENT_TOKEN_TO_BE_REPLACED 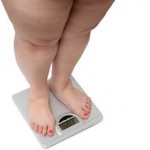