END_OF_DOCUMENT_TOKEN_TO_BE_REPLACED

It’s been ups and downs for the Semlers since Reagyn Semler, now 10, was diagnosed with a brain tumor in 2005.

Wednesday was a little bit of both. The family from London, Ohio, just west of Columbus, celebrated the last day of Reagyn’s treatment at the newly opened Hampton University Proton Therapy Institute. But saying goodbye to the staff they saw almost daily wasn’t easy.

“I will miss my doctors and everybody here,” Reagyn said.

“I’m going to start to crying,” mother Carol Semler said. “It’s bittersweet. I’m excited to go home, but we’ve been here so long. This is like our family now.”

The last day of treatment included gifts donated by local businesses and a serenade by radiation therapist Mike Freeman, who dressed up like Alan Jackson and sang “Gone Country.”

Reagyn was the first pediatric patient to be treated at the cancer treatment center, which opened in August. A 200-ton cyclotron spins protons, which are found inside the nucleus of atoms, at 60 percent of the speed of light and beams them into treatment rooms.

The center initially treated prostate cancer patients but is now branching out to treat other tumors. Radiation oncologist Dr. Allan Thornton expects they’ll treat pediatric patients from all over the world.

Her parents knew something was wrong when Reagyn kept exhibiting flu-like symptoms and didn’t have any energy. Then she lost muscle control in her eyes. Her parents took her to eye specialist, who saw fluid buildup and called for an immediate MRI. The scan detected the tumor.

Reagyn was admitted to the hospital that night and underwent emergency surgery to put a shunt in to drain fluid from her brain. The tumor was inoperable because of its location — in the part of the brain that controls balance, heart rate, swallowing and breathing, Thornton said.

The shunt relieved the pressure and swelling and doctors closely monitored the tumor. In 2008, it started growing again, and the family met Thornton, who was then with the Midwest Proton Radiotherapy Institute in Indiana. But it stopped growing and they shelved treatment.

Reagyn also went to Children’s Hospital of The King’s Daughters in Norfolk for chemotherapy. Chemo will continue for about a year soon after she returns to Ohio.

Because there are only eight proton therapy treatment centers operating in the U.S., few other children’s hospitals have this kind of resource nearby, said Dr. Eric Lowe, a CHKD pediatric oncologist

Until now, CHKD had to refer patients to proton therapy centers elsewhere.

“It’s absolutely huge,” Lowe said. “The advantage is it hopefully gives you a more focused radiation rather than having the collateral damage. Where that matters is in small spaces. Who has small spaces? Kids.”

Reagyn’s mom, dad and little sister were around for her treatment. Her three other siblings stayed in Ohio with grandparents.

“She’s doing great, other than being a little tired and her appetite decreasing. She hasn’t had any of the other symptoms she could have had,” Carol Semler said. “You can look at her and not even know she has it.”

Reagyn’s mother remembers what it was like to hear her daughter had an inoperable brain tumor.

“It felt like someone just stuck a knife in me. You go to the hospital and you see these kids with life-threatening illnesses and you never think it’s going to be you,” Carol Semler said.

“I was scared,” Reagyn said of first learning she had a brain tumor. Now, “it’s not as scary as it was when I first heard.”

She’s looking forward to hanging out with friends and seeing her cat, Angel, which her parents got her when she first got sick.

Reagyn likes gymnastics, cheerleading and swimming, but Thornton told her to take it easy the next few months. He’ll work with her doctors in Ohio and monitor her progress.

“We would expect the tumor to shrink over the next six months until it is only scar tissue,” Thornton said.

Though the tumor was inoperable, it was a grade that was treatable, Thornton said.

“She has a very, very good prognosis,” he said.

Hampton University (HU) has ushered in a new era of cancer treatment in Virginia with the recent opening of its $225 million Proton Therapy Institute. After three years of construction, the institute has gone into action to deliver on its promise of providing life-saving therapy. This is the first proton therapy center connected with a historically black university and the only one of eight in this country not connected with a medical school.

END_OF_DOCUMENT_TOKEN_TO_BE_REPLACED

The state budget approved by the General Assembly in mid-March included $490,000 for the Hampton University Proton Therapy Institute, less than half of the $1 million the center was originally supposed to receive from the state. With construction complete, its high-tech equipment being calibrated, and the first patients set to be treated at the $225 million facility in August, reports of another funding hiccup recently came to light.

The Daily Press reported on March 18 that the city of Hampton is unlikely to live up to its pledge to give Hampton University $10 million over a 10-year period, more than $5 million of which was expected to go to the Proton Therapy Institute. The Hampton City Council did approve about $1.3 million for the institute.

The institute fortunately wasn’t betting on government funding to get up and running. HU President William Harvey said the $225 million needed to build, equip, staff and open what is to be the seventh proton therapy center in the United States, was made possible through financing secured from SunTrust, PNC Bank and the floating of bonds with the help of JPMorgan.

In addition to the $1.3 million, the city gave HU the 5.5 acres of land the proton center sits on. Harvey said the center has also received $20 million in federal funding.

But the $1 million from the state is a subject of great contention for Harvey.

The Virginia General Assemby, Harvey said, has been “woefully inadequate” in its support of HUPTI. The facility will be added to the small list of such centers that use a proton beam generated by a mini-particle accelerator to target cancerous tissue without harming the surrounding healthy tissue.

The technology is gaining steam worldwide because it doesn’t have the side effects traditionally associated with radiation treatment.

Members of the General Assembly have not stepped up to the plate as other state governments have in funding proton therapy technologies, Harvey argues.

“Every state that has one, their general assemblies have given at least $10 million,” he said. “Why the other state members are so enlightened and ours do not seem to be, I don’t know.”

“I’m not talking about any kind of handout,” he said. “This is medicine and economics. We rank very high on both of those.”

“That’s why I don’t sugar-coat it. I praise the city, I praise the federal government. And I talk about the fact that the state hasn’t stepped up to the plate.”

The cancer-treatment center was originally slated to receive $1 million from the state. HU President William Harvey said he’s disappointed, but added that the $225 million institute can use every dollar it gets. The center, slated to open in August, is being financed through bonds and loans.

HU has been trying to get state money for the center for four years, he said. Legislators just don’t get the importance of what HU is bringing to Virginia, he said. One in three Virginians will develop cancer and the Hampton Roads region leads the nation in prostate cancer deaths, he said.

HU’s center will treat about 2,000 patients a year who suffer from prostate, breast, lung, eye and pediatric cancers. It uses proton beam therapy, which is billed as a painless noninvasive procedure that directly targets tumors without affecting the surrounding healthy tissue.

The anchor does a horrible job here but the game is for a great cause. We’ll see if we can find some footage to post later.
END_OF_DOCUMENT_TOKEN_TO_BE_REPLACED 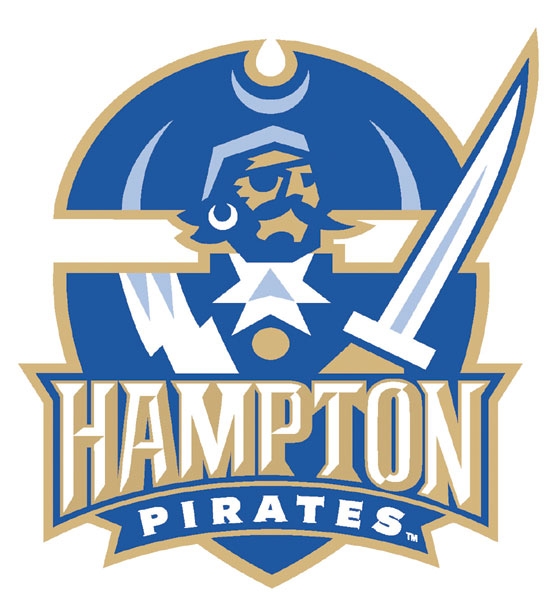