The sprawling Wake County School District has long been a rarity. Some of its best, most diverse schools are in the poorest sections of this capital city. And its suburban schools, rather than being exclusive enclaves, include children whose parents cannot afford a house in the neighborhood.

But over the past year, a new majority-Republican school board backed by national tea party conservatives has set the district on a strikingly different course. Pledging to “say no to the social engineers!” it has abolished the policy behind one of the nation’s most celebrated integration efforts.

END_OF_DOCUMENT_TOKEN_TO_BE_REPLACED 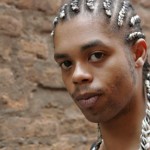 END_OF_DOCUMENT_TOKEN_TO_BE_REPLACED

Since taking over as Minor League Baseball‘s president in 2007, Pat O’Conner has strived to diversify what has historically been a homogeneous industry.

These efforts were formally recognized on Wednesday morning, with the announcement that O’Conner has been named the recipient of this year’s Selig Mentoring Award.

This annual honor was established in 2007 by the McLendon Scholarship Steering Committee, which is comprised of the 15 minority athletic directors currently helming Division 1-A sports programs. The award is named in recognition of commissioner Bud Selig, who has dedicated himself to creating equal employment opportunities throughout Major League Baseball. Previous recipients include Pittsburgh Steelers chairman Dan Rooney and Vince Dooley, former president of the National Association of Collegiate Directors of Athletics.