This disparity in athletic achievement, obvious to Olympic viewers, throws up so many sensitive questions of race and human difference that it is rarely discussed in public.

But now two US academics have risked controversy by publishing a theory that attempts to explain the contrasting performance of black and white athletes using the laws of locomotion.

They argue that black sprinters have a 0.15 second advantage over their white rivals because they tend to have a higher center of gravity, meaning they can fall to the ground more quickly between each stride.

Conversely, having a lower then average center of gravity helps white swimmers because their speed is determined by the height they can get above water.

END_OF_DOCUMENT_TOKEN_TO_BE_REPLACED 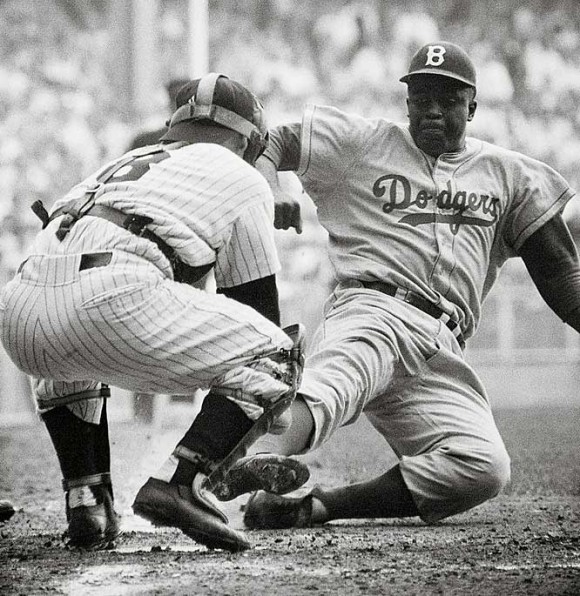 “It’s baseball season again, but what you might not notice amid the crack of the bat and roar of the crowd is that – a half a century after Jackie Robinson’s historic entrance into the game – the number of black players is at its lowest level in almost 20 years. This chart is a racial breakdown of four major sports.”