In his eloquent autobiographies, abolitionist leader Frederick Douglass described the cruelty he experienced as an African-American slave in Maryland during the early 19th century. But Douglass’ descriptions may have been missing some important details about the richness of slave culture at the time.

In a greenhouse on a centuries-old estate where Douglass lived as a young boy, archaeologists have dug up a variety of both mundane objects and strategically placed symbols of spirituality. These artifacts show for the first time that slaves lived in the greenhouse and that they sustained African religious traditions, even as they probably outwardly practiced Christianity.

END_OF_DOCUMENT_TOKEN_TO_BE_REPLACED

Two young men in Georgia said Tuesday that the pastor of a 33,000-person Baptist megachurch, Bishop Eddie L. Long, had repeatedly coerced them into having sex with him.

In two lawsuits filed in DeKalb County, the men said that Bishop Long, a prominent minister and television personality, had used his position as a spiritual counselor to take them on trips out of state and perform sexual acts on them.

Bishop Long is the pastor of New Birth Missionary Baptist Church in Lithonia, an Atlanta suburb. It is one of the largest churches in the country.

“Defendant Long has a pattern and practice of singling out a select group of young male church members and using his authority as bishop over them to ultimately bring them to a point of engaging in a sexual relationship,” said a suit filed by one of the men, Maurice Robinson, 20. The other man who filed suit is Anthony Flagg, 21.

END_OF_DOCUMENT_TOKEN_TO_BE_REPLACED

African American leaders in religion, civil rights, the law, medicine, and women’s health, organized by RCRC, address baseless and inflammatory assertions about reproductive health services in the Black community that are being made in connection with the 47th anniversary of Dr. Martin Luther King Jr.’s historic “I Have a Dream” speech.

END_OF_DOCUMENT_TOKEN_TO_BE_REPLACED

A new poll from LifeWay Research found that 72 percent of Millennials — those 18 to 29 years old — call themselves spiritual but not religious. And while 65 percent of those surveyed called themselves Christians, they rarely pray, read the Bible or go to church.

END_OF_DOCUMENT_TOKEN_TO_BE_REPLACED

Spotted on Aka Tito’s Blog 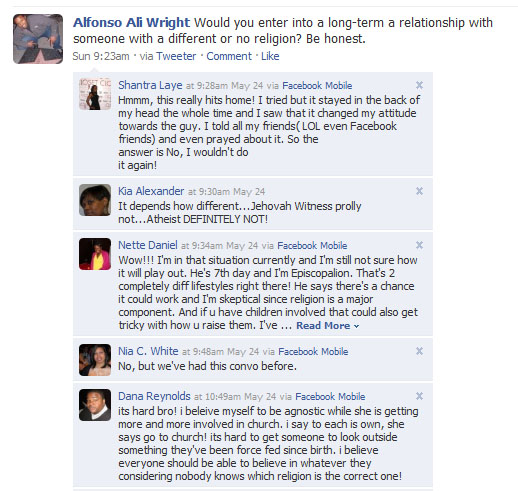 What are your thoughts?

Spotted on PRU… thanks to Joy Coleman 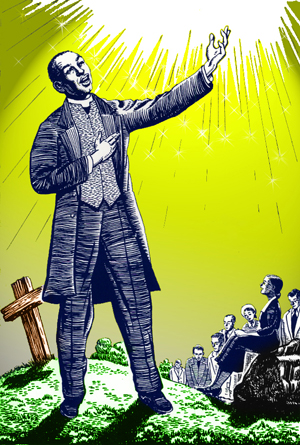 One of the best sermons I heard was in Baltimore City when an African American, female minister visited Heritage UCC & preached about the call for Christians to provide water to those who are thirsty instead of giving it to those who obviously have more than enough to quench their thirst. She reminded the congregation to help the needy and to try loving at least one person who is not – shall we say – easily lovable. We all know some folk(s) like that. She asked women to show sisters some love who are not in our sorority, family, and exclusive network of friends. Everyone was nodding and praising the Word and it transformed how I think. Can you relate?