The White House Correspondents’ Association is distributing a record $132,500 to eighteen (18) journalism student from five prestigious universities, and will honor the recipients at its annual scholarship luncheon on Friday, April 30th .

Since 1991, the WHCA has awarded nearly $360,000 in scholarship money to 42 graduating high school seniors and college-level students. The success of this dinner allows members of the White House press corps to give back to the next generation of reporters.

The following Howard University students will each receive a $7,000 scholarship: 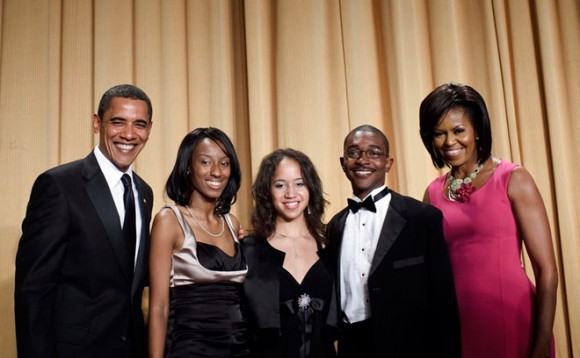 2009-2010 recipients (pictured above, with President and Mrs. Obama): Curtis McCloud, Melissa Noel, and Erica Robinson. Curtis is from Columbus, Ga., and has interned WRC-TV 4, WHUT-TV 32 PBS, Cox Communications and WRVL-TV 3. Melissa is from Newark, NJ, and has interned with BBC World, WJLA-TV 7, WHUR-FM 96.3, NBC Universal, PBS, Afro-American and The Hilltop Newspapers, and blackcollegeview.com. Erica is from Hampton, Va., and has interned with SRB Communications, WHUT-TV 32 PBS, Afro-American and The Hilltop Newspapers

These days, Cheyenne Boyce is mulling many melodies.

The 17-year-old Cass Technical High School senior has been listening to classical recordings and constantly practicing her cello for an opportunity many musicians dream of: performing at New York’s Carnegie Hall.

This month, Boyce is set to join about 50 others from the Suzuki Royal Oak Institute of Music for a Manhattan Concert Productions series. But she won’t have any printed sheet music in front of her. When the Detroiter is onstage, she’ll play each piece from memory, as is standard. “It’s been difficult memorizing everything,” Boyce said. “It’s definitely challenging, but I’m working really hard at it. … I’m so excited.”

That drive is part of what led the teen to best some 500 applicants nationwide for the Tom Joyner Foundation “Full Ride Scholarship.” The award covers full tuition, room and board and books for up to 10 semesters at the historically black college she chooses to attend.

Its third scholarship winner, Boyce has a 4.0 grade point average and ranks first in her graduating class. She’s been accepted at Howard University and Spelman College, but still is deciding which to attend.

“Cheyenne is an outstanding student who has worked hard to become the No. 1 student at one of Detroit’s most competitive schools,” said Joyner, who interviewed her on his show Monday.

Besides playing with Suzuki, she also is in Cass Tech’s symphony orchestra; studies Japanese and is in several advancement placement courses; volunteers at a recycling center; is vice president of her school’s National Honor Society; and sings in the choir at Grace Episcopal Church in Detroit.