[Black History] A Brief History of Florida A & M University

Florida Agricultural and Mechanical University was founded as the State Normal College for Colored Students, and on October 3, 1887, it began classes with fifteen students and two instructors. Today, FAMU, as it has become affectionately known, is the premiere school among historically black colleges and universities. Prominently located on the highest hill in Florida’s capital city of Tallahassee, Florida A&M University remains the only historically black university in the eleven member State University System of Florida.

In 1905, management of the College was transferred from the Board of Education to the Board of Control. This event was significant because it officially designated the College as an institution of higher education. The name was changed in 1909 to Florida Agricultural and Mechanical College for Negroes (FAMC). The following year, with an enrollment of 317 students, the college awarded its first degrees. In spite of a setback caused by a tragic fire that destroyed Duval Hall, the main building which housed the library, administrative offices, cafeteria and other college agencies, progress was made when a gift of $10,000 was presented to the College by Andrew Carnegie for the erection of a new library facility. This facility held the distinction of being the only Carnegie Library located on a black land-grant college campus. President Nathan B. Young [1901-1923] directed the growth of the College to a four-year degree-granting institution, despite limited resources, offering the Bachelor of Science degree in education, science, home economics, agriculture and mechanical arts.

Under the administration of John Robert Edward Lee, Sr., [1924-1944], the College acquired much of the physical and academic image it has today. Buildings were erected; more land was purchased; more faculty were hired; courses were upgraded, and accreditation was received from several state agencies. By 1944, FAMC had constructed 48 buildings, accumulated 396 acres of land, and had 812 students and 122 staff members. In 1949, under the guidance of William H. Gray, Jr. [1944-1949], expansion, along with reorganization, continued; the College obtained an Army ROTC unit, and student enrollment grew to more than 2,000.

Perhaps one of the greatest achievements came under the presidency of Dr. George W. Gore [1950-1968]. The Florida legislature elevated the College to university status, and in 1953, Florida A&M College became Florida Agricultural and Mechanical University. Obtaining university status meant restructuring existing programs and designing new academic offerings to meet the demands of producing quality students at the professional and graduate levels. Between 1953 and 1968, the Schools of Pharmacy, Law, Graduate Studies, and Nursing were created. 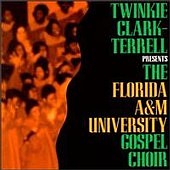 The period following the turbulent 60’s brought unprecedented growth to the University. At a time when federal laws were demanding desegregation, Dr. Benjamin L. Perry, Jr. [1968-1977] was credited with preserving the autonomy of Florida A&M. In 1971, FAMU was recognized as a full partner in the nine-university, public higher education system of Florida. The program and academic areas within the institution were extended to include the Black Archives Research Center and Museum, established as a state repository for Black History and Culture; the Division of Sponsored Research; the Program in Medical Sciences (PIMS), in conjunction with Florida State University and the University of Florida; the development of the School of Architecture; a Naval ROTC unit; establishment of the cooperative programs in agriculture; and a degree-granting program in Afro-American Studies. Enrollment increased from 3,944 (1960) to 5,024 (1970).

The University was re-organized into academic areas instead of departments. The University’s physical plants increased with the addition of the Women’s Complex (apartment-type dormitory), Clifton Dyson Pharmacy Building, new poultry building and dairy cattle resting shed, and renovation of University Commons, Coleman Library and Tucker Hall. The University Hospital, which was closed in 1971, was renovated and became the Foote-Hilyer Administration Center.

During the 110th Anniversary Celebration, Florida A&M University was selected by the TIME Magazine-Princeton Review as The 1997-1998 College of the Year. FAMU was selected from among some of the most prestigious schools in the country to be the first recipient of this honor.

In 2002, as the State of Florida’s education system underwent massive reorganization, Dr. Henry L. Lewis, III, Dean of the College of Pharmacy and Pharmaceutical Sciences was appointed interim president. Later the same year, on May 17, 2002, the Board of Trustees of Florida A&M University appointed Dr. Fred Gainous [2002-2004], an alumnus, as the ninth president. Dr. Gainous returned to Tallahassee with a vision of creating One FAMU.

On December 14, 2004, the Florida A&M University Board of Trustees made history by appointing Dr. Castell Vaughn Bryant as interim president. Dr. Bryant, an alumna, was the first woman to lead the University in its 117 years of existence. President Bryant came with the mission of revitalizing and restructuring the University for the twenty-first century.

Originally designed to meet the needs of the underrepresented and the underprivileged, Florida A&M University continues to serve the citizens of Florida and the world through its provision of pre-eminent educational programs. These programs are the building blocks of a legacy for the hallmark of Florida A&M University: “Excellence with Caring.” FAMU, Florida’s Opportunity University, is committed to meeting the challenges and need of future generations.