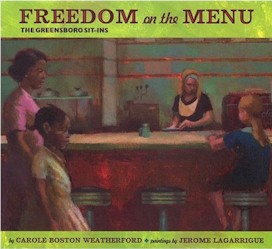 Members such as Dr. DeWitt, a black dentist, C. Benbow and Charles H. Moore donated 14 acres of land for the site and an additional $11,000 in cash that aided in construction of the buildings. This amount was supplemented by an appropriation of $2,500 from the General Assembly. The plan was approved on March 9, 1891, and the first building was completed in 1893: the Agricultural and Mechanical College for the Colored Race had found its new home.

A&T’s outstanding student body is the primary strength of the university. Students are carefully selected from thousands of applicants annually. Once enrolled, they are taught and mentored by excellent faculty, the majority of whom have earned doctoral and other degrees from some of the nation’s most prestigious graduate and professional schools.

A&T graduates the largest number of African-American engineers at the undergraduate, masters, and doctoral levels and psychology undergraduates in the nation. Through its nationally accredited AACSB School of Business and Economics, the institution is among the largest producers of African American certified public accountants. True to its heritage, North Carolina A&T is home to the largest agricultural school among HBCUs and the second largest producer of minority agricultural graduates. The institution was recently awarded a prestigious National Science Foundation’s Engineering Research Center (ERC) grant for biomedical engineering and nano-bio applications research.

Isn’t this a picture of North carolina Central Unuiveristy in Durham with the statue of James E. Shepard out front?