Southern University and A&M College had its beginning in New Orleans, Louisiana, in 1880 when a group of Black politicians, led by former U.S. Senator P.B.S. Pinchback of New Orleans; a distinguished legislator, T.T. Allain of Iberville; and Henry Demas of St. John Parish petitioned the State Constitutional Convention to establish a school of higher learning for “colored” people. As a result of this petition, Southern University came into existence on April 10, 1880, by the passage of ACT 87 of the Louisiana General Assembly. This was the date on which funds were appropriated by the State of Louisiana for the establishment of an institution of higher learning for African Americans. 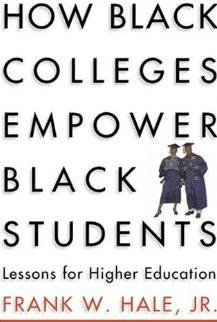 Act 87 provided for the establishment of a university for the education of persons of color. The Act further provided that the Board of Trustees should “establish a faculty of arts and letters, which shall be competent to instruct in every branch of liberal education; and, under rules of and in concurrence with the Board of Trustees, to graduate students and grant degrees pertaining to arts and letters on persons competent and deserving the same.” Under the provisions of Act 87 of the 1880 Louisiana General Assembly, Southern University first opened on March 7, 1881, in New Orleans, Louisiana, on Calliope Street. It remained there until 1883, when it was reorganized. It was later moved into a brick structure on Magazine and Soniat Street Square.

During this time, the University offered academic studies beginning with the primary grades and extending through high school, with some college-level work being offered. It also offered training in the job-oriented disciplines of agriculture, home economics, printing, carpentry, and tinsmithing. The academic program was classical in nature, offering such liberal art subjects such as English, Latin, Greek, French, Algebra, Geometry, Chemistry, Physics, and Music. The curriculum was divided into six departments: College, Normal, High School, Agriculture, Industrial Education, and Music.

The University remained in New Orleans until 1912, when Legislative Act 188 authorized its change of location from New Orleans to Baton Rouge. The University was reopened on the new site on March 9, 1914, under the presidency of Dr. J.S. Clark.

In Baton Rouge, the University offered study from sixth grade through two years of college. The four areas of the college’s program were normal courses, home economics for women, vocational agriculture for men, and training for parish supervisors and agents. The Department of Industrial Arts offered, in addition to home economics and agriculture, such courses as carpentry, engineering, brickmasonry, blacksmithing, printing, shoemaking, and harness making. These courses were open to high school and college students. The academic dimension were classical in nature, offering such liberal arts subjects as English, Greek, French, algebra, geometry, chemistry, music, and physics. Latin was a requirement.

The divisional structure of the University remained in existence until the middle 1950s, when Business and Engineering were added. It was reorganized into the Colleges of Agriculture, Business Education, Engineering, and Liberal Arts and Sciences. In 1957, the Graduate School was established.