Hattie McDaniel: A winner, segregated even at the awards night

Not all Oscar winners are equal, as the story of Hattie McDaniel shows. The daughter of former slaves, she worked as an actress in Hollywood, playing maids on screen, and also, because her salary was so low, playing them for real. She won the part of Mammy in Gone with the Wind. It was a role criticized for feeding a black stereotype, but it won her an Oscar for best supporting actress. What it didn’t win her was equality. She could not attend the film’s premiere in Atlanta because of the venue’s “no blacks” rule. When it came to the Oscars, she had to sit in the segregated part. 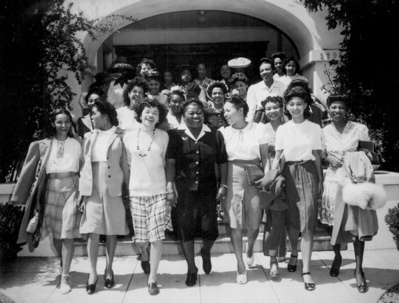 Hattie died in 1952, and willed her statuette to Howard University in Washington, where she hoped it would be a beacon of achievement. So it might still be, had it not disappeared one day in the 1960s. The Academy refuses to replace it, although it has done so with other lost Oscars.

Unequal, even in death.

0 responses to “Hattie McDaniel: A winner, segregated even at the awards night”