Former Southern University System President Ralph Slaughter testified Monday that the judge who threw out his wage dispute lawsuit against the school was “hostile’’ toward him and his attorney.

Slaughter, during a hearing on his motion to recuse state District Judge Tim Kelley from the case, accused the judge of showing “complete bias, prejudice and contempt’’ toward Jill Craft, who represents Slaughter, during last month’s trial.

“Are you referring to racial bias? Gender bias? What exactly are you saying?’’ state District Judge Janice Clark asked.

In his Dec. 3 ruling, Kelley called Slaughter’s trial testimony “the least credible’’ he had heard in his 13 years on the bench and said Slaughter’s June 30 departure from Southern marked the end of a “very, very dark era’’ in the school’s history.

“It wasn’t his responsibility to evaluate my performance at Southern University,’’ Slaughter testified Monday.

Slaughter, who was president of the Southern system from April 2006 until the end of June 2009, is seeking more than $100,000 in unpaid annual leave and sick leave.

Kelley awarded him nothing. 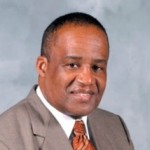 The private Southern University System Foundation is seeking about $500,000 from former Southern President Ralph Slaughter, alleging he illegally took or spent the money, according to a lawsuit filed Thursday in state district court.

The lawsuit claims Slaughter received $400,000 in salary supplements without foundation board approval, although the payments were authorized by the public Southern University Board of Supervisors as the result of a 2007 litigation settlement with Slaughter.