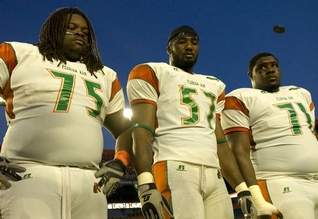 As much as professional scouts were keeping a close eye on FAMU linebacker Bryan Parker, they might not have gotten a chance to see him at his best. He had to sit out two big games that he hoped would allow him to make a favorable impression.

Minor injuries to his knee and shoulder kept him from playing against the University of Miami and in the Florida Classic against Bethune-Cookman University. He was hoping to make them his showcase appearances.

Scouts from at least five NFL teams, including the Patriots and Jaguars, have shown interest in Parker all season. He seemingly is eager to give them an exclusive look.

You’ve got your position through better than I ever might, many thanks!