Students gathered last Wednesday at Vanderbilt University Law School to hear about the differences between life for African American students at predominantly white institutions and at historically black college, in a forum titled “”A Different World: The African American Experience at HBCUs and PWIs.”

The discussion, sponsored by the Black Law Students Association and moderated by second-year law student Chris Gilmore, featured a variety of student perspectives on the pros and cons of each experience.

The question of whether HBCUs provide a valid source of real world reality was a focus of the discussion.


First-year law student and former Vanderbilt undergrad Brooke Dubois claimed that black students attended white institutions based solely on the prestige of the institution, and felt that attending an all black school did not coincide with reality.

Yet sixth-year Ph.D. student Larry Rivers countered this claim. “We have to look at the educational outcome of the students,” he said. “FAMU, Howard, Spelman and Morehouse are all putting students into the top research institutions of predominantly white institutions, so what is the reality here?”

Students also discussed their feelings regarding a lack of bonding and nurturing at Vanderbilt, which they were used to experiencing at their HBCU undergraduate programs.

“HBCUs provide us with strong bonding experiences among fellow students,” said Morgan Maxwell, a graduate students in the Latin America Studies Program. “At Howard University we studied together and I have yet to see this type of atmosphere at Vanderbilt.” 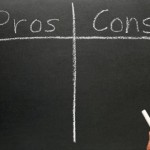 Frankly, I was expecting more on the subject. As a Howard alumni, I’m more than capable of reading more than a hundred words. Clicking on the “Source” and “See original story” gives you same, paltry offering. I feel cheated and disappointed.