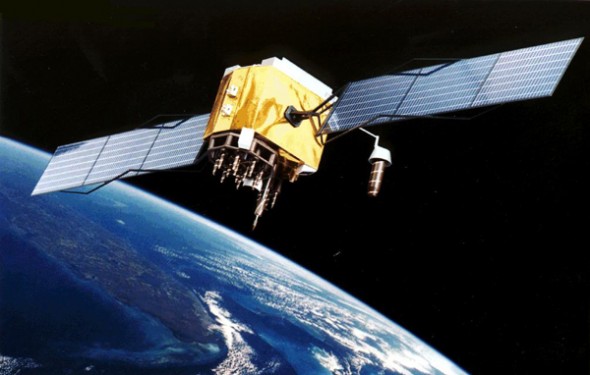 The HU led NASA AIM is the first satellite dedicated to the study of these noctilucent (NLC) or “night-shining” clouds. They are called “night shining” clouds by observers on the ground because their high altitude allows them to continue reflecting sunlight after the sun has set below the horizon. They form a spectacular silvery blue display visible well into the night.

AIM has provided a global-scale view of the clouds over five complete cloud seasons covering both poles and has documented for the first time the entire complex life cycle of NLCs. The satellite is providing an unprecedented horizontal resolution of 3 miles by 3 miles. The AIM baseline mission ended May 31, 2009 but NASA has approved extending the satellite program through September 2012. The funding increase adds to the research base of the HU Center for Atmospheric Sciences, which supports 17 faculty, research professors and post-doctoral employees, 9 support staff and 10 graduate students.

“The AIM mission has changed our view of noctilucent clouds,” said AIM Principal Investigator and Co-Director of the HU Center for Atmospheric Sciences Dr. James Russell. “The measurements show the brightest clouds ever observed with more variability and structure than expected, signifying a greater sensitivity to the environment in which the clouds form. They also show that the cloud season turns on and off like a “geophysical light bulb” going from no clouds to 100 percent cloud presence in a matter of days and vice versa at the end of the season.”

The bright “night-shining” clouds are seen by the spacecraft’s instruments regularly, starting in late May and lasting until late August in the northern hemisphere and late November to late February in the southern hemisphere. The AIM satellite reports daily observations of the clouds at all longitudes and over a broad latitude range extending from 60 to 85 degrees.

The clouds are made of ice crystals formed when water vapor condenses onto dust particles in the brutal cold of this region, at temperatures around minus 210 to minus 235 degrees Fahrenheit. One potential and plausible explanation for the changes observed is that temperatures where the clouds form are becoming colder with time due to carbon dioxide build-up resulting from human activities, Carbon dioxide increases near the Earth surface cause global warming, but at 50 miles altitude, the opposite occurs. Increasing methane in the atmosphere is another possible contributing factor because it reacts with oxygen to form water vapor that is needed to form the clouds. Both gases have been increasing in the atmosphere since the early 1900s.

For more information on the AIM mission visit aim.hamptonu.edu.