Hamptonian to be inducted into the CIAA Hall of Fame

IT’S been more than 20 years since she adorned a Hampton University uniform, but retired Golden Girl Eldece Clarke is preparing to return to the Central Intercollegiate Athletic Association (CIAA).

The 1988 graduate, who went on to become one of the fastest women in the world in the 100 metres, will be inducted into the CIAA Hall of Fame on February 26 in Charlotte, North Carolina.

Clarke, who turns 45 on February 13, said she’s just delighted to have been considered by the CIAA, an NCAA Division II conference of historically African-American instutitions.

“It’s years later, but it’s still a significant achievement,” said Clarke about the induction. “So it’s kind amazing and I’m overwhelming for sure.”

Humbled by the achievement, Clarke said this is her first induction because up to last year, Hampton University has not had an induction ceremony.

She noted that when her former coach Laverne Sweat called her to inform her of Hampton University’s decision to induct her, she was really taken aback.

“I’m really excited. I’m glad that it’s happening because the young people can see what they can achieve if they focus on their goal,” Clarke said. “So for me, it’s not when it happened, but the fact that it has happened.”

The mother of an 18-year-old son had a stellar tenure at Hampton University where she won numerous titles in the CIAA in the 60 indoors and the 100 outdoors.

Upon graduation, Clarke represented the Bahamas at three Olympic Games, inclusive of Los Angeles in 1984, Atlanta, Georgia in 1996 and Sydney, Australia in 2000.

In both Los Angeles and Atlanta, Clarke ran in the 100, but she was a member of the women’s 4 x 100 relay teams at the three games, the last of which she helped the Bahamas earn the gold medal.

Now employed in the Sports Department of the Ministry of Tourism, Clarke said ten years later since winning the gold on the women’s 4 x 100 relay team and 22 years since she graduated from college, she is quite thrilled that she’s being inducted. 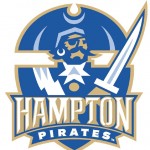