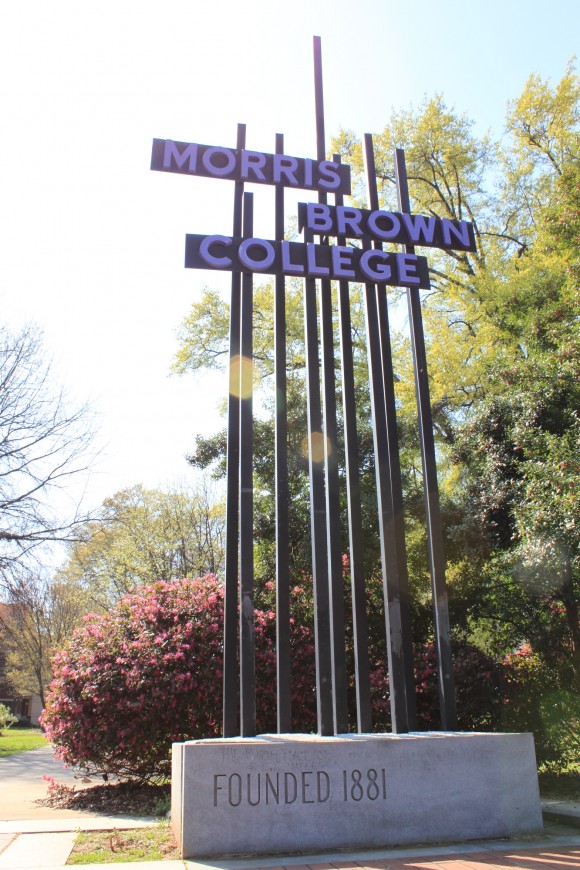 Morris Brown College, founded in 1881 by the African Methodist Episcopal Church, is a private, coeducational, liberal arts college engaged in teaching and public service with special focus in leadership, management, entrepreneurship and technology. The College is proud of its tradition of serving the educational needs of the best and brightest young minds, while simultaneously providing educational support to students who might not otherwise receive the opportunity to compete on the college level. Students fitting the latter are given the tools they need to increase their potential for earning a college degree.

This is a formula that has proven itself time and again. Among our outstanding alumni are Isaac Blythers, former President of Atlanta Gas Light Company; Eula L. Adams, Executive Vice President for First Data Corporation; Albert J. Edmonds, Retired Lieutenant General of the United States Air Forces; the late Reverend Dr. Hosea Williams, civil rights leader; Thomas J. Byrd, actor of television, film and stage; and Pulitzer prize-winning author, James A. McPherson. Adams and Edmonds were cited recently by Fortune Magazine among the nation’s top African-American corporate executives. The list of our graduates and their accolades go on and on.

Accreditation Issue
Morris Brown was more than $23 million in debt and was on probation in 2001 with the Southern Association of Colleges and Schools for shoddy bookkeeping and a shortage of professors with advanced degrees. On December 10, 2002, the Southern Association of Colleges and Schools revoked Morris Brown’s accreditation.
College officials have said the school plans to re-apply for accreditation, a lengthy process that would require the college to be debt-free. Until the school is reaccredited, its students cannot receive federal or state financial aid.

Criminal scandal
Eighty percent of the school’s 2,500 students received financial aid from the federal government, which gave Morris Brown $8 million a year. A federal criminal case against the former president, Dolores Cross, and financial aid director, Mr. Parvesh Singh, proved the pair had embezzled a great deal of that federal aid and diverted it to ineligible college costs, such as personal staff, instead of subsidizing the students whose names were used to obtain the funds.
In 2002, the Southern Association of Colleges and Schools revoked the college’s accreditation because of its financial problems.
Cross and Singh were charged in December 2004 in a 34-count indictment that accused them of defrauding the school, the U.S. Department of Education, and hundreds of students. The pair, who had first worked together at a college in Chicago, Illinois, were convicted of using the names of hundreds of students, ex-students, and people who were never enrolled to obtain financial aid for the school.

During the time Cross held the college presidency, from November 1998 through February 2002, Singh obtained about 1,800 payments from federally insured loans and Pell grants for these students, who had no idea they would be responsible for paying off the loans, the indictment said.[7]
At the time of the 2004 indictment, Cross was teaching at DePaul University in Chicago.[8] On May 1, 2006, Cross pleaded guilty to fraud by embezzling millions of dollars in federal funds from the government and students.[9] She agreed to pay $11,000 to the Department of Education in restitution. Singh also pleaded guilty to one count of embezzlement.

Morris Brown College’s Herndon Stadium was the site of the field hockey competitions during the 1996 Summer Olympics. The stadium is designed to seat 15,000 spectators.
On January 3, 2007, Cross received five years of probation and one year of home confinement for the fraud. Cross, 70 years old, suffers from sleep apnea and has had a series of small strokes, factors the judge took into consideration when devising the sentence. Singh, 64, also received five years of probation but 18 months of home confinement. An additional factor the judge considered was that the embezzled funds were not used for personal profit, but to prop up the school’s poor finances.[6] However, the initial indictment said Cross had used the funds to finance personal trips for herself, her family, and friends.

The prosecutor, U.S. Attorney David Nahmias, made a somewhat exculpatory statement at their sentencing: “When the defendants arrived at Morris Brown, the college was already in serious financial condition. Thereafter, these defendants misappropriated … money in fairly complicated ways in what appears to have been a misguided and ultimately criminal attempt to keep Morris Brown afloat.