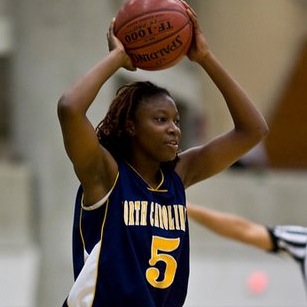 “I’m very happy for Tweet,’’ said head coach Patricia Cage-Bibbs. “She has certainly been a great representative for our program over the last four years, and she really set in her sights to keep us at the top of the MEAC after we lost two great players.”

Cook posted career-highs in points scored and 3-pointers made. Cook has also surpassed her career in single-game points twice this season. She had 29 points against Howard on Jan. 16. She bettered that with 33 points against Coppin State on Feb. 27. She leads the conference in 3-point field goal percentage and 3-pointers made, and she ranks in the top 10 in six different statistical categories.