A man Florida A&M University administrators, faculty and students relied on to lead the university during one of its darkest periods has been nominated by President Barack Obama to serve in a top commerce spot.

Larry Robinson, FAMU’s vice president for research, has been nominated by Obama to become the country’s assistant secretary of commerce for conservation and management at the National Oceanic and Atmospheric Administration (NOAA). NOAA is one of 12 bureaus that make up the U.S. Department of Commerce. One other assistant secretary with NOAA was nominated about a month ago, Justin Kenny with the bureau’s office of public affairs said.

Obama made the formal announcement about Robinson on Friday. During the same time, Obama also nominated five others for various positions ranging from assistant secretary for congressional and intergovernmental affairs to a Department of Justice commissioner with the United States Parole Commission.

In a news release Obama said, “I am grateful that these distinguished men and women have chosen to join my administration as we work to bring about real change for the American people.”

News of Robinson’s nomination spread quickly through the FAMU community, bringing smiles and congratulatory remarks from those who know him.

“I am not surprised that he has been tapped for this position,” FAMU President James Ammons said in a news release. “While I am very happy for him, it is going to be a tremendous loss for the university. Dr. Robinson has had an outstanding career and has served as a professor, researcher, vice president for research.” 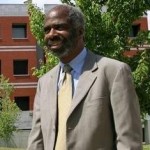