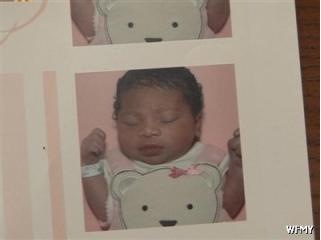 Greensboro, NC — North Carolina A&T police have charged both parents in connection with the abandonment of an 11-week-old baby in the parking lot of one of their buildings.

A&T Police Chief Glenn Newell says that their department received an anonymous call about the baby around 9:15pm Thursday night. Police later discovered the caller to be the father of the child, 25-year-old NC A&T graduate student Lashawn Murray.

Police found the infant still strapped in a car seat in the parking lot of Webb Hall near the corner of Benbow Road and East Market Streets. Tekia Ritter, the mother of the child, says that is where she left S’Riyah Lashaun with her father after he got out of class.

Chief Newell, NC A&T Police Chief, confirmed that story, “The mother left the child with the father. The father did not want to take custody of the child and the infant was left unattended,” but Newell explained both were found negligent due to the circumstances.

The infant was found in good health but taken to Women’s Hospital. She is currently in the custody of Guilford County Social Services.