The Passing of Dr. James Cheek, former Howard U. President 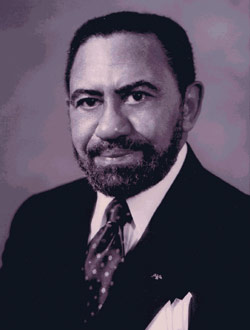 I am saddened to inform you of the passing of an esteemed member of our family, President Emeritus Dr. James Edward Cheek, who died today in Greensboro, N.C.

For two decades under Dr. Cheek’s leadership (1969-1989), Howard University experienced immense growth and modernization – with our student population increasing and the number of schools, colleges, research programs and faculty expanding. Dr. Cheek’s vision and passion for the University and his view of Howard as a national treasure led to bold action, which eventually resulted in a dramatic boost in our budget with increased federal support. The University built upon its international reputation and its legacy of social justice.

During his tenure as president, in 1983 he was awarded the nation’s highest civilian honor, the Presidential Medal of Freedom. He served on the boards of several colleges and universities and was the recipient of hundreds of awards and nineteen honorary degrees for his contributions to higher education.

We honor his life and his contributions and we offer our sincere condolences to his wife Celestine, his two children – both Howard alums—James and Janet, and his entire family. His legacy will endure through this institution, as well as through the lives he has touched.

Dr. James Edward Cheek, president emeritus of Howard University, was born in Roanoke Rapids, North Carolina, on December 4, 1932. Despite suffering from severe cataracts, Cheek was an honor student Washington Street Grammar School. He graduated from Immanuel Lutheran College with a secondary diploma in 1950 and served as a member of the United States Air Force in Korea in 1951, eventually earning a Bachelor of Arts in sociology and history from Shaw University In 1955, Cheek received a Master of Divinity from Colgate Rochester University in 1958 and a PhD from Drew University in 1962. During this period, Cheek was honored with a Colgate Rochester Fellowship, a Rockefeller Doctoral Fellowship and a Lily Foundation Fellowship. He was member of Alpha Phi Alpha.

Dr. Cheek was a professor of New Testament Theology at Virginia Union University when he was named president of Shaw University in 1963, at the age of 30. In 1968, he was appointed president of Howard University. During Cheek’s twenty-year tenure at Howard, the student population increased by 3,500 and the number of schools, colleges, research programs, full-time faculty and Ph.D. programs increased dramatically. Howard’s budget increased from $43 million to $417 million as the federal appropriation went from $29 million to $178 million. He was named Washingtonian of the Year in 1980 and in 1983, while still serving as president of Howard, Cheek was awarded the nation’s highest civilian honor, the Presidential Medal of Freedom. Cheek retired from his position as president of Howard University in 1989.

In 1989, Lee Atwater was appointed as a new member of the Historically black Howard University Board of Trustees. Howard U. gained national attention when students rose up in protest against Atwater’s appointment. Student activists disrupted Howard’s 122nd anniversary celebrations, and eventually occupied the university’s Administration building. Within days, Atwater resigned. Dr. Cheek retired in 1989 after 20 years of devoted service to Howard University.