WASHINGTON — A former nursing school professor at Tennessee State University has been barred for three years from receiving funding from the U.S. government after school officials found that he had falsified the results of a study paid for with a federal grant.

James G. Linn was debarred for committing “misconduct in science and research misconduct” during a project using funding from the National Institutes of Health, according to a notice posted Thursday in the Federal Register by the Department of Health and Human Services Office of Research Integrity.

According to the notice, Linn “knowingly and intentionally” falsified data for a study published in Cellular and Molecular Biology in 2003 regarding the effects of an intervention program to reduce sexual risk behaviors in high-risk, impaired homeless men with mental illness. Linn was found to have reported false values in a table and provided a disc containing falsified data to support his analysis for the article to the school’s Institutional Research Investigation Committee. 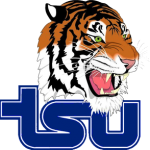