During the first class today, Bun, aka “Professor Trill,” gave the class a syllabus and the required reading material for the course, which is officially titled “Religion and Hip-Hop.”

The rapper is taking the course very seriously, as the topic of religion is a very sensitive subject.

“This is a religious course, this is not in the music department,” Bun B. explained during an interview on the Mad Hatta Morning Show on 97.9 in Houston, just before class today.

“These are young people who have taken upon themselves at a very young age, dedicated their life to religion, the search of religion and the study of religion, so I don’t want to give these people any mis-information.”

Bun said he realized some people would scrutinize has credentials to teach such a dynamic course. He even expects the students will challenge him at some point during the course.

On a more serious note, Bun explained that spirituality was a much bigger part of Hip-Hop music than most people realize.

Hip-Hop artists and musicians, their religion comes into play a lot more during the course of making their music than people would think because a lot of music is geared toward the club and partying and all that,” Bun explained.

“A lot of times people go through a lot of serious life choices throughout the course of their career, may it either be the music, the business, the people around them or the choices that they make. A lot of that comes into conflict with their religion, if their Baptist, Catholic, Jewish, Muslim, even Buddhists. Whatever your religion may be.” 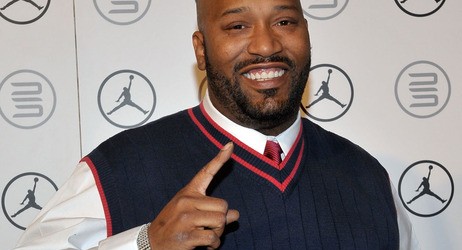 […] This post was mentioned on Twitter by Alumni Roundup. Alumni Roundup said: Check Out: Bun B of UGK completes first day teaching hip hop and spirtuality at Rice University http://bit.ly/eI6EYr […]