How to Make it in America Ep. 3

Executive produced by Mark Wahlberg (entourage) and set in NYC, I’m digging the show. The lead guy plays basically the same role he played in a movie opposite Uma Thurman (hottie) called Prime. Basically life and times of NYC Jew set to Hip-Hop. I get it. Its cool.


P.S. Somebody tell Brett Allen I said we need some black character driven joints too. 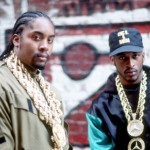 Silly Doc about the mythical skater in the show

Entertainment
HBO, How to make it in america, NYC, Wilfredo Gomez