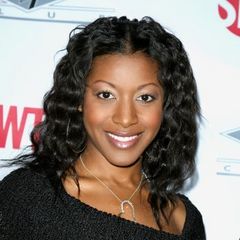 The fictional campus overflows with all kinds of sexcapades, beer, booze, drugs, strippers, crude language, crass pranks – and that’s just in the premiere.

“It’s definitely something most of my family won’t be watching,” says Dennis, a 1996 Hughes Center graduate. She plays Denise, the control-freak girlfriend of prized recruit Craig (Sam Jones III from “Smallville”).

This is a whole new ballgame for the College Hill native, who had a recurring role on CW’s “The Game” as Janay, a pro football player’s girlfriend.

“I never experienced anything like this when I was at Howard (University),” says Dennis, who filmed the series last year in Montreal.

“It doesn’t have that ‘PG’ vibe like ‘The Game.’ This is definitely on a men’s network. It’s young boy fun.”

Dennis plays a central role as sexy Denise, who has Craig meeting with accounting majors to plan the investment of his NFL signing bonus.

“Absolutely not!” she shrieks into the phone from her Los Angeles home.

“That’s what makes playing this character so much fun, because she’s so over-the-top.”

While studying theater and communications at Howard in Washington, D.C., she co-hosted BET’s “Teen Summit” (1998-2000).

“My ultimate goal is writing and producing my own TV show.”

A show all her family can watch.