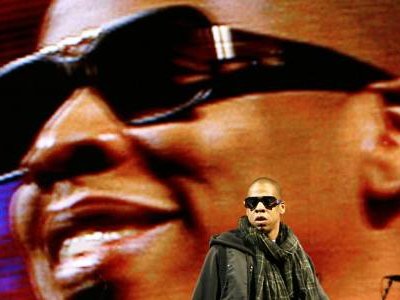 Recently your boy Jay-Z made music column headlines accepting the invitation to headline the Glastonbury Festival of Contemporary Performing Arts. Boasted as the largest performing arts festival in the world, Glastonbury historically hosts major rock band anchor artists. The decision to schedule the Rap Star for the finale didn’t pass without commentary. Oasis lead Noel Gallagher dropped his 2 cents stating “I’m not having hip-hop at Glastonbury. It’s wrong.” The comments and surrounding media seemed to set the stage for one of the most enjoyable concerts in recent history (assuming you listen to Hip-Hop, and like Jay-Z of course).

The show was complete. The song selections spanned hits and b-sides of Jay’s over 10 albums, there was only 1 cameo appearance (by long time compatriot M. Bleek), and the band was phenomenal. Jay opened the show singing Oasis’ hit Wonderwall in true Hip Hop ‘get back at you’ form. Are rockers ready for the diss game on stage and record? I’m not sure.

As I watched the show I was filled with an enjoyment that took me back 20+ years (tell ’em DV). Like he said, “I felt something, a presence I haven’t felt since…” 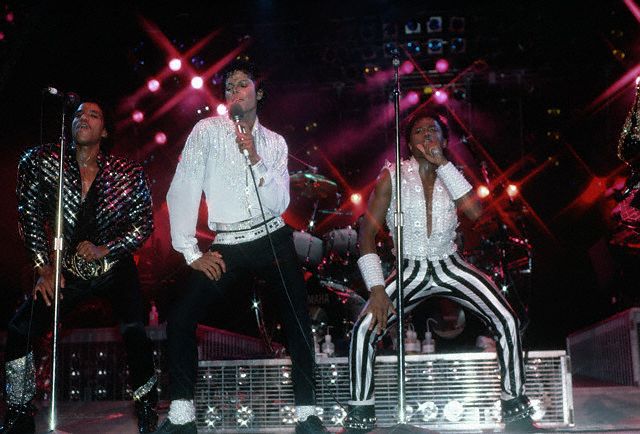 For me it was 1984 at the Nassau Coliseum when I danced and sang for hours with Jackie, Tito, Jermain, Marlon, Michael AND Randy. The neon lightsabers, the monster masks, the pointing head-nod, and lest we forget the moonwalk! Hey, it was the 80’s; this was the pinnacle of entertainment!

Now granted East Coast Hip Hop does not typically make for great stage shows. Jay’s show is not much of a departure there, but the show is just really well executed. There were no dancers; no Scoop, Scrap, Thing 1, Thing 2, or Trouble T-Roy, Cool Cle or MST. Just a really good band, and couple musical surprises, and a survey of arguably one of the best Hip-Hop careers ever. Watching this show I was awe struck by the LEVERAGE of this artist. That’s a 150,000 (audience) to 1 (artist) ratio, and he doesn’t have to split it 6 ways!

Another great equalizer is that in ’84 I was in the nose-bleeds.

For this one, I was in my living room.

Enjoy, and tell me what you think.

Jay’s not the best at stage presence (probably Busta or KRS) or breath control (those 2 plus Black Thought), but he setups and THINKS about his set better than most. He’s not a weak performer at all, but when you actually put his concepts and audience interaction together with his hits, you have a banging show!

And he killed Oasis with the intro, then going straight into 99 Problems! I couldn’t help but have on the Kool-Aid smile. It can’t be said too often these days but this time…Hip Hop wins again.

In the words of New Edition….”These are the things that change BOYS to MEN!!”