President Obama to appear on “The View” this Thursday

The ladies of The View will have a special guest this week. President Obama will tape his appearance on the gabfest Wednesday for the show that will air Thursday. A press release states that he’ll discuss “his administrations accomplishments, jobs, the economy, the Gulf oil spill and family life inside the White House.” It’s his first appearance on the show since he was on the campaign trail in 2008.

Barbara Walters, who’s been on leave from the show since undergoing heart valve replacement surgery in May, will make an exclusive in-person appearance to mark the occasion of Obama’s visit.

“We are so pleased and honored that President Obama will be a guest on The View. The President last appeared on the program in March 2008 while he was still a Senator, and First Lady Michelle Obama was a featured guest co-host in June 2008. This shows that both the President and First Lady feel that our show is an influential and important source of information and news. 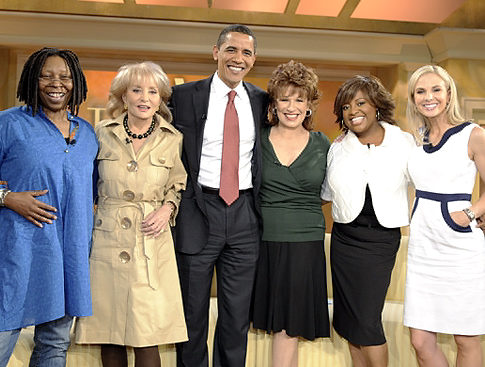