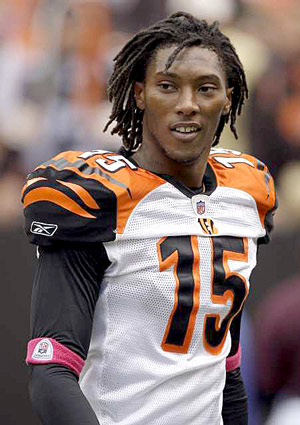 Cincinnati Bengals receiver Chris Henry is “battling for his life” after falling from the back of a pickup truck Wednesday during what Charlotte, N.C., police described as a domestic dispute with his fiancee.

UPDATE: Henry died at 6:36 a.m. Thursday (December 17). Henry was 26. He became engaged to Loleini Tonga in March. The couple has been raising three children.

Henry was found in the road in south Charlotte “apparently suffering life-threatening injuries,” according to Charlotte-Mecklenburg police.

Police said a dispute began at a home just before noon and Henry jumped into the bed of the pickup truck as his fiancee Loleini Tonga was driving away from the residence.

“The domestic situation continued between the operator and Mr. Henry,” the police said in a statement. “At some point while she was driving, Mr. Henry came out of the back of the vehicle.”