Russell is The Man. This brother persevered as a champion in one of the most notoriously racist cities in sports. Described as truculent with the media, and scrutinized for not ‘smiling for the people’ Bill Russell lead the Celts to 11 championships in 13 seasons as a player, then 2 more as the first Black head coach in the league. He is an Gold Medal Olympian, and also played on two NCAA Champion teams with University of San Francisco.

Bill Russell is all that we could possibly want out of a Black Athlete; Someone who is Black FIRST, then an Athlete. That’s what’s up.

More after the break- 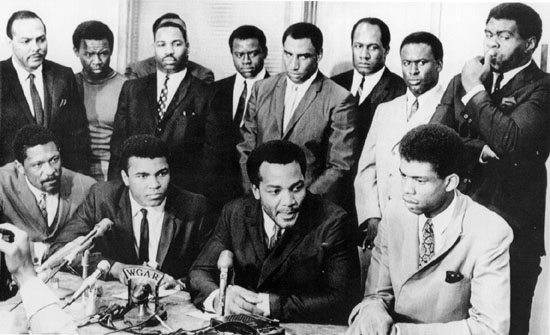 0 responses to “[The Definition] Bill Russell”