AMERICA will elect a new president before Tiger Woods, the world’s most recognisable face and the best athlete, tees off again. On June 18, Tiger Woods announced on his website that he was “shutting it down” in midseason for the remainder of the year, to repair three injuries to his left leg. 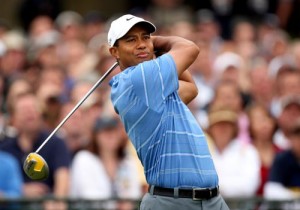 Although Woods, 32, is now barely in mid-career for a golfer, many sports writers are already saying that he has surpassed boxing and basketball legends Muhammad Ali and Michael Jordan respectively to become the greatest sportsman of all time.

They predict that fifty years from now fans will be citing the US Open Golf Championship of 2008, which Woods won on one good leg, as the proof.

Tolerance of pain is a prerequisite for success in sports. Ask any runner and he/she will tell you that pain floods through the body as they approach the finish line; the champion runs through it fastest.

The writer can testify from personal experience that a marathoner (26.2 miles) “hits the wall” at mile 20, when the body shuts down and tells the runner, “I have no idea what you are doing; I quit;” but the successful runner continues to the finish. What Woods had to overcome at the US Open was far more than just pain. He was lame.

Woods was suffering because of an unhealed wound from a cartilage operation two months ago, a left knee missing an anterior cruciate ligament (ACL) which he damaged last July while running, and two stress fractures of his left tibia which he suffered two weeks before the US Open. So what does he do? Wincing and grimacing after every shot, he beats the best golfers of the world on one good knee, wins his 14th major Championship, and joins Jack Nicklaus as the only golfer to win three life time Grand Slams.

In his book, How I Play Golf, Woods describes how he used to deliberately “snap” his left leg through impact. It is more than likely that such an action, especially over a sustained period and given the number of balls Woods routinely hits, caused the initial damage to the ACL.

“That was really what made Tiger decide to change his swing,” reveals Hank Haney, his swing coach. “One of the first things he told me was that the knee snap he had worked on had to go, because it was hurting his knee.”

Even with a markedly new and more efficient swing, the pain in the knee had never really gone away, as Woods confirmed this past week when he looked forward to being 100% fit for “the first time in a decade.”

The real problem turned out to be the ACL rather than cartilage-related. Although Woods could walk forward with little discomfort, any kind of twisting brought with it sharp pain.

What was saving him was the enormous strength in his hamstrings and quads. They were compensating for the problem in his ACL. Just to add to the difficulties, the stress fractures in Tiger’s left tibia were discovered during his limited preparations for the US Open.

“So now he has no ACL and a broken leg,” says Haney. “I asked the doctor what the normal protocol is for someone in this situation. He said Tiger would be on crutches for three weeks and that it would take six weeks to heal.

Struggling to walk, Woods had to play not 72 but 91 holes, not four but five days, walking seven miles on the course every day. Despite all of the above, Woods went on to fulfill his prediction and win, a feat comparable with the 1950 victory of Ben Hogan, only 16 months after nearly losing his life when a bus careered into his car. It was little wonder that, in the immediate aftermath of victory, Woods called this his “greatest ever win.”

Haney is confident that Tiger will return better than ever.

“Tiger has to think long-term at this point. He doesn’t have any choice. He needs to get his strength back. I don’t think he was at 50 percent strength at the start of last week. And it went down every day. Eventually, he would just shut down and not be able to play at all.

“He thought he could make it through the year. But he can’t. The good thing is he’ll come back better than brand new. There are two ways to fix what he has. You can put in a ligament from a cadaver. Or you can graft in part of the hamstring to make another ACL. Both involve about six to eight months’ recovery. And you are at your weakest at three to five months. So there is no way to rush it. It doesn’t matter how much he works out.

“In three months he can start putting. But the twisting involved in the full swing will take longer. I’m still in shock that he won. I can’t believe it. To play with that kind of injury is incredible enough. But to win is off the charts. He knows it too. It has to be his biggest accomplishment so far.”

There is no doubt that Tiger Woods is the greatest athlete in the world. But a major problem has begun and if changes are not made his body will continue to break down and begin to fail him. It is not Tiger’s golf swing that is damaging his knee (even though it does put alot of stress on it). The problem is his training, therapy and medical advice he is recieving. Of course Tiger thinks he is working with the best in those fields but the fact is he is continuing to get more and more injuried. The definition of insanity is repeating the same thing over and over and expecting a different result. This is a massive problem in all of sports right now where the training the athletes are recieving is the direct cause of their injuries.Hopefully he can see this error in time to fix the problem so we can continue to watch his amazing career.

Tiger will figure this out. He has been gradually changing his swing over the last years, and if its a new wing or reduced training that will get him his four more majors to catch Jack Nicklaus, he’ll certainly do it.

He is a workout freak, thanks to his caddie Steve Williams, who introduced him when he got on the bag. I have extreme confidence that he will do whatever he is told in order to prolong his career because his life goal was to be the best golfer ever, and he needs a few more years for it to be unanimous that he was the best.