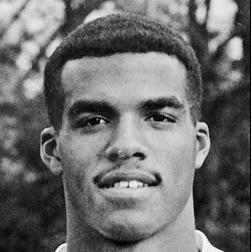 Raymond Celester Crittenden Jr., one of Virginia State’s most prolific players, died Monday of natural causes. He was 83.

After getting his bachelor’s degree from Virginia State, Crittenden went on to a long career as a high school teacher, administrator, football coach and basketball coach from 1954-88.

The grandfather of former New England Patriots Raymond Crittenden IV, he was laid to rest Saturday in Newport News, Virginia.