Singer Sy Smith is On the Move

My Name is… Sy Smith

The reason you are reading about me is… I’m a proud graduate of Howard University. I’m a Bison, thru and through. Plus I’m pretty good at what I do. Yeah. I am. And I’m not too shy to say that. Hee hee.

Right now I’m working on… Promoting my 4th studio LP, “Fast And Curious”. I am so proud of this album, it feels like my best work to date. I’ve got a tune with Rahsaan Patterson and also Sheila E. played timbales on my first single “Personal Paradise”. That’s kinda dope, dammit. Plus, it makes me shake my booty. And really, isn’t that the goal? I’m also touring with Sheila E. which is super awesome. I also tour with the Foreign Exchange. Me and my musical brother Zo! also tour as a duo act. I have my spoon in a few pots. That’s how I stay fed.

But if I wasn’t, I’d be… hungry? I’d probably be refinishing furniture. That’s a second passion of mine. I do still plan to get a PhD in Psychology (which was my major at HU).

One thing I do every day is… besides obvious hygienic regimen, I feed the wild birds that congregate in my backyard and watch them eat. They make me happy.

I can’t stand when people… ask me something that they have the resources to answer themselves. It’s just lazy and I can’t take it.

But I love it when people… dance for no reason at all, or smile at strangers, or practice random acts of kindness. I love when people express themselves. It’s a beautiful thing.

If you happen to run into me in the street… smile. And say hello. And have yo’ sh*t together. 🙂

The Best piece of advice I ever received was… “always have a plan” my friend Dorian Holley told me that. I don’t always follow that advice, but I do think of it from time to time. It seems like the logical way to approach life, right?

My future plans and projects include… Actually, I can’t think past two months. That’s my weakness, I suppose.

Big Ups to… Everyone who is out there doing EXACTLY what they set out to do. Whether you’re an artist, scientist, writer, doctor, engineer, whatever… it takes a lot to have a plan, set a course, and stick with it. Kudos to everyone who follows that road to COMPLETION. 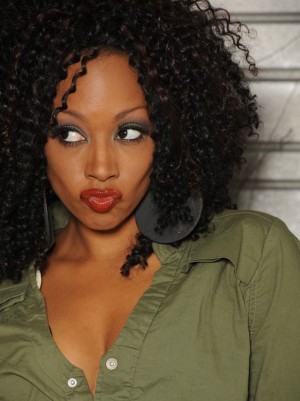 Best way to reach me, get my music and show support is at my website: www.sysmith.com! I’m also on www.facebook.com/sysmithmusic, and @syberspace (on Twitter). If you’ve exhausted all of those avenues, Google me, beeyatch. (Oh, I jest. Lighten up.) 🙂
– – –

Sy Smith has long since solidified her place in underground soul music. This Los Angeles-based singer/songwriter/producer helped cultivate the nu-soul scene in that city  more than ten years ago, a scene which now easily boasts some of the most progressive artists of that genre to date, some of whom came directly from Sy’s own band line-ups.

But never one to rest on her laurels, Sy has continued to take her sound and her songs to new heights.  With 3 albums, 2 EPs, 1 greatest hits collection, and a live DVD already under her belt, Sy is set to release her fourth studio project “Fast And Curious” early in 2012.  Her past projects usually include contributions from numerous producers, including James Poyser, Ali Shaheed Muhammad, Dre King, Nicolay, and Ty Macklin. With “Fast And Curious”, the entire production is aptly handled by jazz musician, electronic remixer, and deejay Mark de Clive-Lowe (aka MdCL).  Sy and MdCL together have created a brilliantly executed project with a soul that transcends its electronic foundation.  Once again, Sy has created her own lane, cruising very comfortably in the land of Electronic Soul.

Many fans are aware of Sy’s previous work providing supporting vocals for the likes of Me’shell N’degeocello, Usher, Whitney Houston, Chaka Khan, Macy Gray, The Rickey Minor Band (as seen on American Idol for six seasons), and quite notably, Chris Botti (her performance of “Look Of Love” on his Grammy-nominated live DVD is a favorite among his listeners), but Sy continues to gain new fans in the trenches of the underground scene touring with acts like The Foreign Exchange and Orgone.  And even more recently, she’s teamed up with Sheila E. and the Escovedo Family, providing them with her well-known supportive vocals and vibrant energy!

She’s pushes her own boundaries in duo shows with her recently-found musical brother Zo! (of The Foreign Exchange Music), and in their dynamic duo shows, Sy can be seen not only manipulating her own vocals with self-controlled effects pedals, she is also playing synth bass!  Calling her a triple threat is truly an understatement.

Sy has been a featured guest and/or co-star on The Monique Show, The Tonight Show (sitting in with The Rickey Minor Band), DC’s Fox Morning News, Chicago’s WGN Midday Show, and even on CBS’ “How I Met Your Mother”, she is no stranger to television.  She was a special guest performer at Constitution Hall for the Horatio Alger Awards with a full orchestra and mass choir backing her as she awed the audience with stunning gowns and a level of extravaganza that had yet been unseen in that annual gala. Sy’s easy elegance, professional stature,  impressive resumé and refusal to stand stagnant has garnered her the title of “the hardest working woman in underground soul”.  But she’s determined to surpass that in 2012. She’s going for the crown.