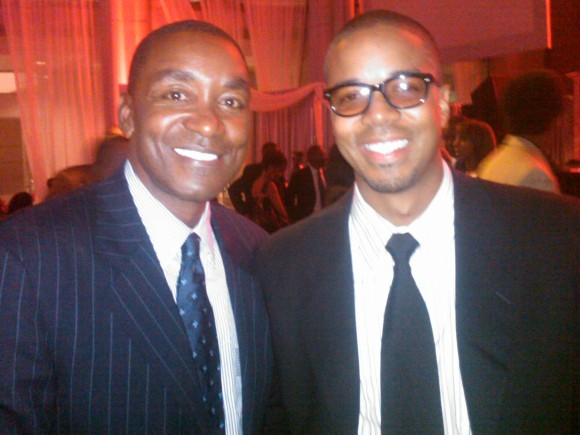 Washington, DC, Friday September 17, 2010
Essence magazine’s 2nd Annual Evening of Excellence held during the Congressional Black Caucus Foundation Annual Legislative Conference was a night filled with fun and celebrity. Hosted by CNN’s Richelle Carey, Essence presented awards to Rodney Peete and Holly Robinson Peete, Judge Glenda Hatchett, Sheila Johnson, and Warrick Dunn. The ceremony was capped off by a performance by En Vogue, and an after party with D Nice.

For me the real highlights were seeing and meeting the other young professionals in attendance, many of whom are members of an Alumni Roundup network. Everyone seemed to really enjoy themselves well into the night and I’m sure we all made a few really good connections. That AND getting to talk to Zeke about that full court bounce pass he threw to Jordan in the All-Star game… that was awesome.