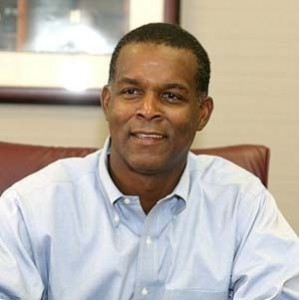 Each week tens of thousands of diners eat at an Olive Garden or Red Lobster restaurant. Few of these diners know that the CEO heading these large restaurant chains is a black man.


Born in Vicksburg , Mississippi , Otis moved to Los Angeles when he was 6 years old. His father was a high school dropout who worked as a janitor. The family lived in Watts at the time of the 1965 riots. In the post-Watts period, Otis recalls being stopped and questioned by police several times a year because of the color of his skin.

A high school guidance counselor recommended him for a scholarship at Williams College , The highly selective liberal arts institution in Massachusetts . Otis graduated Phi Beta Kappa from Williams and went on to earn a law degree at Stanford. Otis landed on Wall Street as a merger and acquisitions attorney for J.P. Morgan Securities. He joined Darden Restaurants in 1995 as corporate treasurer. He became CEO in 2004.

So i am throughout, you’ve got competitors Jamaipanese:), good grasp

Just how do youthful teens help make quick income? Age groups such as thirteen together with 17.

Mr. Darden,
As a fellow Vicksburger, I am most proud of your accomplishments
and business acumen.Regretfully many don’t realize how devastating
ObamaCare is to business, healthcare, freedom, and the economy.
I commend and encourage your strong stand against tyranny.
Sincerely,
Al Lassiter, Colonel, USAF(Ret.)