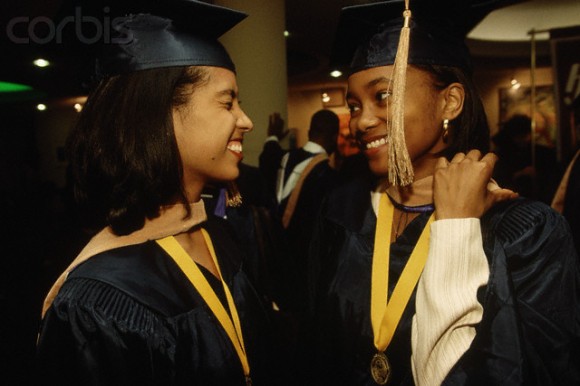 The Associated Press recently released the results of a survey they conducted concerning the graduation rate of African Americans from HBCU’s nationwide.

The news agency’s analysis of the 83 federally designated four-year HBCUs shows that just 37 percent of Black students earn a degree within six years – roughly 4 percent lower than national college graduation rates. Perhaps the biggest reason for such dismal Black-college graduation statistics, reports AP, is the performance of Black male students, just 29 percent of whom complete their bachelor’s within the six-year period. While a few Black institutions – such as Howard University, and at Spelman and Morehouse colleges – graduate more African-American students than traditionally White campuses, many others are among the worst-performing colleges in America, according to the analysis.

“At 38 HBCUs, fewer than one in four men who started in 2001 had completed a bachelor’s degree by 2007, the data show. At Texas Southern, Voorhees, Edward Waters and Miles College, the figure was under 10 percent,” AP reports.

Do you think the cause is financial, loss of interest or lack of support?