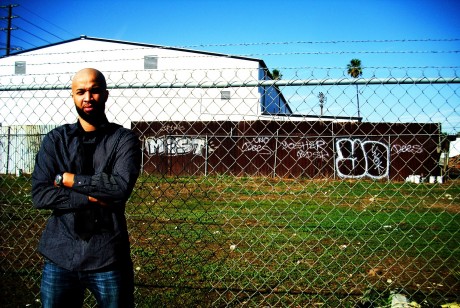 My name is… Omar McGee.

The reason you are reading about me is… I have a non-profit organization, Inner City Outreach, that I started while I was at Howard University (HU!!!) to help students pay for their college education. I’m the Founder of the David Bing Academy of Finance.

We are a co-ed public charter high school opening in South Central LA in August 2013. We will be operating on the “paper education” model. We will run on a wireless network, every student will have a computer and/or tablet, and we will incorporate the latest technology in areas to best serve our students. We live in a 21st century world, its time our education system reflect that! We have celebrity support from our spokesperson Oscar winning actor Louis Gossett, Jr, and entertainment mogul, Kevin Liles, both of whom we will be honoring at our fundraising gala in June during BET Awards weekend in LA.  I’m hot because everybody told me I couldn’t do it!!!

Right now I’m working on… opening our school, The David Bing Academy of Finance (DBA). Our mission is to close the financial literacy gap within the minority community through education.  DBA’s goal is to provide a high-quality and extensive college-preparatory educational experience to youth that results in our students succeeding in college, and ultimately in their professional careers. We instill and practice our motto, “The Relentless Pursuit of Excellence.” We will have a Finance Academy which begins in 9th grade with all new students opening a checking and savings account with our Financial Literacy Partner and take finance courses throughout their matriculation at DBA.  Students will be able to contribute to their accounts through their earnings from our student-run businesses and investment banking program. They will not, however, be able to withdraw from the savings account until graduation to use for college. Our student-run businesses include our convenience store and The Kevin Liles Music Studio which will both be open to the community.  Our goal is to teach them financial lessons and the business models of the industries that they are dawn to.  We don’t want to breed rappers and athletes, we want to breed agents, managers, and owners.  I’m not only giving kids an aim; I’m giving them a target!

But if I wasn’t, I’d be… directing films.

One thing I do every day is… pray and give 100% to making my dreams come true.

I can’t stand when people… have a losing attitude… they think about what they can’t do instead of what they can!

But I love it when people… ESPECIALLY a young person, finds his or her calling or realizes their purpose.

The Best piece of advice I ever received was… never be selfish with information… always send the elevator down to pick up other people.

If I had to coin it, my message would be… predicting rain doesn’t count, building an ark does. An attitude is like a flat tire, if you never change it, you will never go anywhere.

My future plans and projects include… My immediate future plans are to launch our viral campaign, The Thought Campaign on May 1st. No one one else knows… AlumniRoundup is getting the exclusive!!!  It is a part of our fundraising campaign, but it is to spark the greater conversation in our country on the power of thought in a way that engages urban America. Stay tuned…a movement is forming, so we wanted to come home to our HBCU family to start it. We need everyone to participate by posting, tweeting, writing about us, and telling others to repost and retweet. It’s a unfortunate truth that black alumni don’t give back as much as our white counterparts. So, let’s shatter that truth!

You can find more info at www.davebingacademy.org. Coming from an HBCU, I know we have an AMAZING network. If you are a part of a corporation, small business, organization, or a person  that can help and may be interested in sponsorship, shoot us an email to receive our info/sponsorship packages.  We appreciate the help. It takes a village!
– – –

Real estate mogul and Hollywood Film Director, Omar McGee established the Inner City. His original mission was to provide support to low income and inner city youth in need of financial assistance for post-secondary education. Since its inception in 2000, Inner City Outreach has raised $100,000 and assisted more than 25 students to continue their education at colleges and universities across the nation.

As a native of  the notoriously corrupt and violent Flint, Michigan and a third-year Howard University student, McGee experienced first hand challenges and hurdles that youth face in attaining the college level. “During my junior year at Howard, I had no way of paying my past or current balances; it was one of the worst days of my life,” says McGee, who ultimately had to withdraw from the film program at Howard University. “I knew in my heart that I wanted to continue my education, and not return to the poverty-stricken streets of Flint.”

McGee’s forced exit from college brought him much pain; he swore to do his best to help other youth continue their educational aspirations. Shortly after, he created what is known today as Inner City Outreach and began his grassroots work with inner city youth in Washington, D.C.

In 2006, McGee took Hollywood by storm with his award-winning documentary “Flintown Kids,” in which he depicted the convoluted labyrinth of everyday street life in Flint. He was the 1999 recipient of the prestigious Paul Robeson Film Festival award for best short film. In 2007, he won Best Docudrama at the New York Independent Film Festival.

Just as subjects of his film, McGee struggled to elevate himself above hardened and dangerous Flint streets and relieve daily pressures of life in his community. He has achieved much success in his short life and committed himself to reach back to his community and communities around the country to mentor and support inner city youth. Through Inner City Outreach, he is able to provide a realistic and attainable goal — education.