Below is my response to this article about an elementary school principal in Ann Arbor, MI, the city in which I went to school.  The synopsis: a Black principal started a group called “Lunch Bunch” for Black children.  The goal of this social and academic group was to help address the so-called “achievement gap” in education by helping these students to become more successful.  They took a school-sponsored field trip with just these children to see a Black rocket scientist talk about his job and his challenges and triumphs as a Black man in general.  The  community in Ann Arbor – the affluent, predominantly White city in which the University of Michigan is located – is apparently outraged over this principal’s “transgression”.

I graduated from Huron High school in Ann Arbor almost 20 years ago.  As a Black student, I was privy to, helped by, and hindered by all different types of programs to close this so-called “achievement gap” (yes, I do mean all of those verbs).  What I took from all of these meetings and trial-and-error programs were two things: 1) Our teachers, for the most part, had no idea how to teach Black children effectively and 2) no one cared enough to actually change things.  Nineteen years later, it appears that nothing has changed.

According to comments on the blog, people are infuriated over the fact that White children, who are not hampered the same way by the deficiencies in Ann Arbor Public Schools, did not receive the benefit of one small activity designed to help a group of Black children who actually are.  The fact that the activity was discriminatory is not in question.  It is disingenuous, however, to couch any discriminatory activity in terms of injustice.  Consider this: women’s bathrooms do not have specialized toilets (urinals) in them like men’s bathrooms do.  By definition this is unequal treatment, and provides men with a facility that women don’t receive.  It is gender-based discrimination.  But is it just?  Fair?

What’s really at stake here – and being violated – is privilege and entitlement.  The privileged, who are used to being so, are upset that they are not the recipients of a new privilege.  However, just like women don’t need a stand-up urinal, White students in Ann Arbor don’t need educational programs to close the academic gap between them and their counterparts of other races.  The sense of entitlement in the community of the privileged is what causes their indignation at this notion of injustice.  People are ready to write letters, get the principal fired, and even sue in order to correct this “horrible wrong”.  Their glaring omission is that same indignation and that same call-to-action for the injustices done to the Black children in this school system for well over 30 years now.

Was Mr. Madison completely right in how he handled the situation?  No.  He could have and should have done much more to explain this club and its purpose.  This would have covered his actions policy-wise (I don’t know about legally), though I doubt how much they would have alleviated the concerns and the outrage of the privileged.  A professor of mine in our school of education says, “Management does things right.  Leadership does the right thing.”  Mr. Madison is clearly a leader in this respect, though he could have managed the situation better. 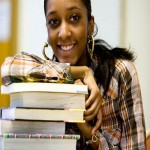 have historical directionality, it doesn’t need a qualifier to describe its permutations.  That said, “reverse discrimination” is a red herring dragged across the path of the real discussion of how to eliminate this educational debt (it’s not an “achievement gap”) that is owed to our Black students.  People have commented that racial affinity groups make interactions worse because of their exclusionary nature.  What’s missing is the fact that they exist because research has been done for decades that shows that when operated properly, these groups are of great benefit to their members.  To personalize it, when I see people deriding this affinity group, I have a hard time discerning their anger over the violation of their sense of entitlement from their desire to hamper the group’s desired outcome. And since that desired outcome in this case is helping to improve Black students’ academic success, the outcry is particularly troublesome.

Some have said that if the situation were reversed, and a White principal wanted to start an all-White club at a school, there would be national outrage.  When I was the Director of Diversity at an independent school, I had White students approach me about initiating this type of club.  I told them that I had no problem with any positive and progressive affinity club.  I also told them that if they wanted to have one simply because Black students on campus had proposed having one – because this was the exact scenario that was occurring – their premise was wrong.  Finally, I explained to them the historical discrimination Black students had faced, the very unique challenges and identifiers that Black students shared, and their desire to make Black students feel more comfortable at a school that was, statistically and culturally, overwhelmingly White.  The students never pursued their proposed club any further, because they had no reason to do so.  For that moment, they understood the rationale for a Black student affinity group.  They also glimpsed their position of privilege and realized that they didn’t need any more of them.

Once we get beyond the protests of the privileged and the red herring arguments however, what they are saying is true – if the situation were reversed, there would be national outrage: If White students in Ann Arbor Public Schools had been poorly educated and had consistently performed worse than their Asian, Black, and Latin peers, there would have been statewide and even federal actions taken decades ago.  People would have been fired, schools would have been overhauled and reformed, and lawsuit after lawsuit would have been filed.  Instead, what we have at Dickinson elementary is a chorus of boos rained down upon a group of children from the privileged side of a stagnant educational and cultural divide.