So far, we know that the Florida A&M Marching 100 and the Grambling State Tiger Marching Band have been invited to participate in the Inauguration Parade for President-Elect Barack Obama. I have not seen a formal list of all of the participating bands, but these two ensembles may be the only two bands from historical black colleges and universities to be counted in the 48 who will march along Pennsylvania Ave on January 20, 2009.

More than 1400 bands applied to participate in the inaugural festivities. 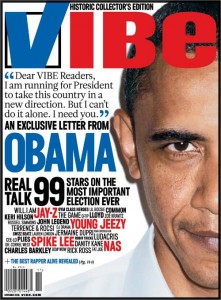 Sen. Barack Obama covers the November ‘08 issue of Vibe magazine. In a letter published in the November issue, the Democratic presidential candidate finally addresses the members of the urban community.

In it, Obama urges blacks to register to vote. Obama states, “I can’t do it alone. I need you.”

This issue marks the first time in history that the leading lifestyle publication has ever formally endorsed a Presidential nominee.

It is also the second time the Illinois senator has graced the cover of the magazine.

Obama’s “letter” is reminiscent of Martin Luther King’s ‘Letter from a Birmingham Jail’ in which King wrote that “forceful direct action” was necessary to achieve true civil rights.

As you watch CNN and Fox News today, I know you will see them trying to show you an 11 second clip of Obama seemingly slip up saying that he follows the Muslim Faith. Watch the video below for the full context of the sentence.

Barack Obama was born August 4, 1961
From Ohau, Hawaii, he is the son of economist Barack Obama, Sr. of Kenya and S. Ann Dunham of Kansas. Both his parents were students at the East-West Center at the University of Hawaii at Manoa. At the age of two, his parents divorced and Obama’s mother re-married and moved the family moved to Indonesia for a couple of years. But Obama returned to Hawaii to be raised by his grandmother in downtown Honolulu. He was enrolled in the fifth grade at Punahou School, and got his first job at Baskin-Robbins in town. After graduating from Punahou School with honors, Obama went on to study at Columbia University in New York City majoring in political science.

He then moved to Chicago, Illinois and took up community organizing. He left briefly to study law at Harvard University where he became the first African-American editor of the Harvard Law Review. Obama returned to his adopted hometown of Chicago in 1992 and to organized an aggressive election effort for the Bill Clinton presidential campaign. His talents gained him a seat at a local civil rights law firm and became a lecturer of constitutional law at the University of Chicago. Obama still serves as a professor there. In 1995 he published his memoir, “Dreams from My Father.” One year later Obama was elected to the Illinois State Senate from the south side of Chicago. He served as chairman of the Public Health and Welfare Committee.

Obama is married and has two children. Regarded as a staunch liberal during his tenure in the legislature, he helped to author a state earned income tax credit providing benefits to the poor. He also pursued laws that extended health coverage to Illinois residents who could not afford insurance. Speaking up for leading gay and lesbian advocacy groups, he successfully passed bills to increase funding for AIDS prevention and care programs.

In February 2007 he announced his candidacy for President of the United States of America. On June 3, 2008 with all states counted, Obama passed the 2118 delegate mark and became the presumptive Democratic nominee. Obama is the first African American to be the presumptive nominee of a major political party. 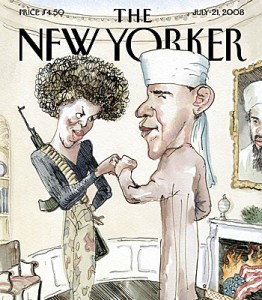