In November 1866, shortly after the end of the Civil War, members of the First Congregational Society of Washington considered establishing a theological seminary for the education of African-American clergymen. Within a few weeks, the concept expanded to include a provision for establishing a University. Within two years, the University consisted of the colleges of Liberal Arts and Medicine. The new institution was named for General Oliver O. Howard, a Civil War hero who was both a founder of the University and, at the same time, commissioner of the Freedman’s Bureau.

END_OF_DOCUMENT_TOKEN_TO_BE_REPLACED 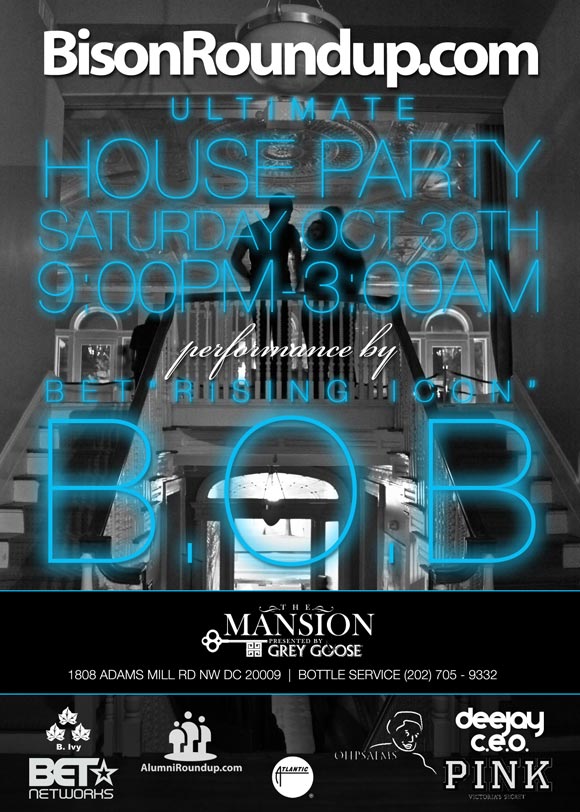 Howard University Homecoming is about bringing Alumni Home. This year Bison Roundup is setting out to make it FEEL like it for real!!! LOVE from Grey Goose, giveaways by Victoria Secret Pink, a live performance by B.o.B., Sounds by Howard’s Own DJ C.E.O., Surprise Guests, all make for one AMAZING HOUSE PARTY!!!