Danai Maraire talks with the ladies of the film and Gabby Union shares her drunken take on the Romantic Comedy “Think Like A Man” the battle of the sexes, and more.

END_OF_DOCUMENT_TOKEN_TO_BE_REPLACED


Until last year, Harvey, 53, was probably best known as one of the “Original Kings of Comedy” and from Spike Lee’s 2000 film about the group’s tour. Then he wrote a dating guidebook, “Act Like a Lady, Think Like a Man: What Men Really Think About Love, Relationships, Intimacy, and Commitment,” and quickly became a phenomenon.
END_OF_DOCUMENT_TOKEN_TO_BE_REPLACED 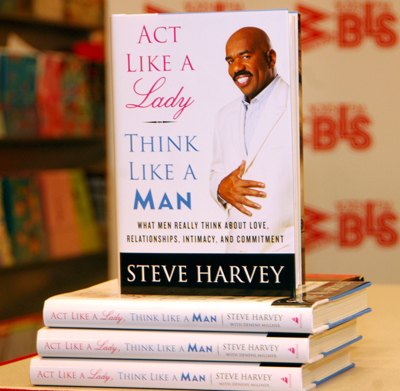 Ladies, Since Mr. Harvey has chosen to speak for all mankind in his new release, we would like to open a discussion to clear any unclear topics.

Have you read this book and still have questions? Want to know if something is really true? The fellas of AlumniRoundup would love to hear your questions.