Apart No More? HBCUs Heading Into an Era of Change 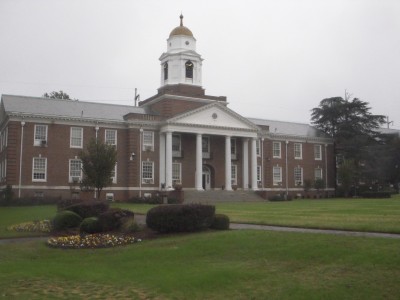 RALEIGH — By doing so, however, those officials might only be speeding up a process of HBCUs becoming mainstream that is complete in West Virginia and is well under way in North Carolina.

HBCU is an official designation given by the federal government in the Education Act of 1965 to all institutions of higher education that had been created primarily to educate African-Americans. Such schools are eligible to receive special types of federal funding. Colleges that were either founded after 1964 or had a predominantly white student body at that time are not considered HBCUs.

HBCUs do not discriminate in admissions. They are open to everybody who meets their admissions criteria, and most public HBCUs have significant non-black populations.

In Mississippi, Gov. Haley Barbour recently proposed that the state’s three HBCUs be combined into one. His intent was to save money by eliminating duplicate programs and administrative positions. The idea was met with a loud outcry by the schools’ supporters. An Inside Higher Ed article quoted one black educator, Julius Chambers (the former president of North Carolina Central University) as saying the move “is obviously a slap at black colleges.”

Barbour’s plan is not likely to produce the savings he anticipates without a serious reduction in the services provided. Because the three schools are geographically dispersed, combining programs to cut costs will mean that many courses and majors previously offered will simply unavailable on some of the campuses.

Earlier in the year, Georgia state Sen. Seth Harp suggested that two public HBCUs join with two non-HBCUs in the same cities: Savannah State with Armstrong Atlantic State and Albany State with Darton College. His proposal was greeted immediately with an adverse reaction as well.

Yet his proposal would likely result in considerable savings (although no action has been taken on it thus far). By combining schools in the same city, the mergers would allow the schools to eliminate many duplicate positions in the administrations, some of them with six-figure salaries. And there would be no reason to get rid of academic programs if departments are combined.

Although any proposal negatively affecting HBCUs is likely to encounter some political resistance, major changes might be inevitable.