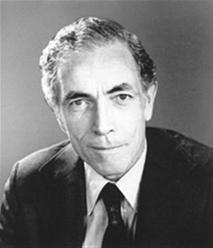 Pell served as a Democratic senator from Rhode Island from 1961 to 1997. He was the architect of a grant program that bears his name and has helped tens of millions of Americas attend college.

Vice President-elect Joe Biden, who served in the Senate with Pell, called him “one of our nation’s most important voices in foreign policy for over 30 years.”

“Claiborne Pell was a man of extraordinary integrity, grace and decency,” Biden said in a statement.