Sheis…: Why did you feel the need to speak out about the A&E Intervention special & how you’ve been portrayed in the media since that special aired?

Claudette Ortiz: Initially I wasn’t going to say anything… & I think that stemmed from fear because of the relationship I had with Robbie… it was an abusive one. He portrayed it like it was a “lovely romance” & it wasn’t. I just want to move on & put things behind me. Other people may be in the same position I was in… & if you don’t eventually stand up for yourself it can carry on for the next 12 years… like in my case. It was time to tell the truth… the truth that he so conveniently left out in the intervention.

Sheis…: How did you & Robbie meet?

Claudette Ortiz: I met Robbie before the group (City High)… We started out as friends… we were both singers & knew some of the same people… My older sister and him were in the same grade so she knew him too… they were 2 grades above me… when we first started dating she said to me “are you sure you want to date him?” I asked her what she meant by that & she told me Robbie had a reputation of getting really drunk (since) back then & told me a story about him drinking excessively to the point where he’d passed out. I knew he drank but I never saw that side of it. He was my first boyfriend, we were young I was 16 & he was 18… we were nice teenagers. Everything seemed fine in the beginning but over time it became like a nightmare.

Sheis…: A nightmare? How so?

Claudette Ortiz: At first it started with me finding out about other girls… I stayed through that… I’m sure every woman can relate to believing a man lying to you about cheating, even when all the signs were right in my face… & that caused problems but it was the drunken fits that really scared me & made want to end our relationship…

Sheis…: Describe one of those episodes…

Claudette Ortiz: The summer I was turning 17 Wyclef had a 4th of July BBQ at his house… there were a bunch of music industry people… I don’t recall what exactly brought it on, but he blacked out on me at the BBQ… he got in my face & started yelling “You ain’t sh*t, you ain’t ever gonna be sh*t“… & Robbie is a big guy he was so close I could feel the spit hitting me in my face. At my age I was so intimidated by that… belittling me in front of all those important people. There was another time I was confronting him about a girl & he threw a brush at me… I ducked & the brush went through his bedroom door… that’s how much force he used… If I hadn’t ducked I probably wouldn’t even be a alive today. I gathered my things & started to walk home… I lived about 2 miles from Robbie’s house… & that wasn’t uncommon for me do… there were plenty of nights we’d argue or he’d pass out & I would walk home… He came out the house yelling & started beating up his car. Broke the head light, started pounding on the hood… his mother came out & called me back… I felt like since it was his mother asking me to come back in the house I should… when I got inside we all sat down to talk & she was telling me things like I shouldn’t add fuel the fire… basically making me feel like it was my fault. 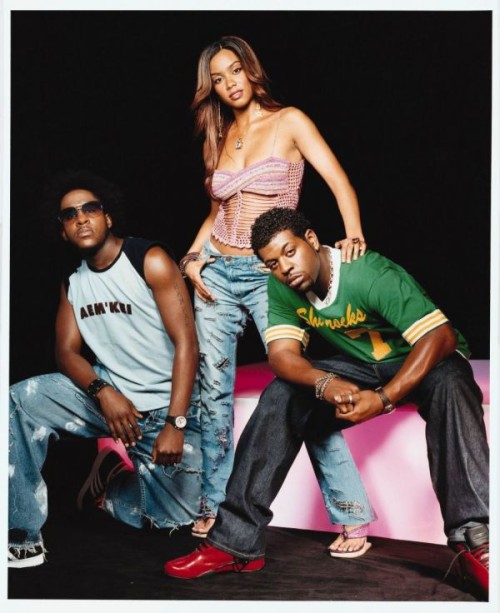 Sheis…: How did your relationship with him end?

Claudette Ortiz: We were working on the album & it was rare for him not to be drunk… My management asked me not break up with him (he knows this) but it just became too difficult for me. Going on the road, recording… it was terrible. We were in Hit Factory & I remember him walking past me & he said “so this it, we over?” & I said “yes“.

Sheis: So you guys broke up before the first single came out?

Claudette Ortiz: Yes, even before the album was finished.

Sheis…: What are your overall thoughts about the A&E special?

Claudette Ortiz: I didn’t watch it when it came on but then all this stuff started popping up on the internet & when I decided that I was going to do this interview I had to watch it… I’m being used a scapegoat for his failure… he didn’t appreciate me, City High… I saw him on there talking about the red carpet… he didn’t appreciate the red carpet… I’m 18 years old living my dream, we were nominated for a Grammy & here is Robbie drunk… drunker than I’ve ever seen, I’m hoping we don’t win because I didn’t think he could control himself if we had to go on stage an accept the award. To be ridiculed for something you did is one thing, but for lies & non-sense? That’s not going to work…