Consolidating governmental services to eliminate duplication and save money makes sense when the economy is doing well, but especially so when it’s not.

As discussion heats up about consolidating services in Escambia County and the City of Pensacola, a similar debate is taking place in some states that support the nation’s historically black colleges.

The merger would save the state $180 million, officials said.

A similar plan emerged two years ago in Georgia when a state senator proposed a merger of two of the state’s public universities with two predominately white colleges.

In the face of fierce protest, Georgia lawmakers nixed their idea. Similar opposition has arisen in Mississippi, even though Jackson State University President Ronald Mason supported the practical benefits of a merger and called for a “conversation” on the matter. The only real conversation that arose was a call for his resignation.

Even though the idea of merging HBCUs has again failed to gain traction, don’t expect the idea to go away for good.

Budget cuts aside, the debate about consolidating predominately black colleges raises questions about their purpose in the post-segregation era.

Supporters insist that many HBCUs offers a chance of higher education to students who might not otherwise be able to get one. Historically, they graduate a higher number of the nation’s black teachers, engineers, doctors and scientists.

Others argue that the colleges are a relic of segregation that perpetuates the separation of white and black campuses, and that Southern states have more colleges than they need and can support.
Dollars and sense

Florida likely will remain out of the debate.

Florida A & M University is the only publicly supported HBCU in the state, and it has an engineering school linked with Florida State University.

But HBCUs struggling to survive, while offering similar services in close proximity to another school, can’t avoid the inevitable question of their viability.

It really boils down to dollars and sense.

When two similarly positioned companies face the same challenges for survival, they often will perform better as a combined entity than go it alone.

It’s a reality in the business world.

Since a college or university also is a business, shouldn’t it be held to a similar standard? 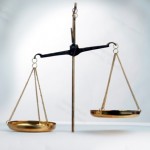