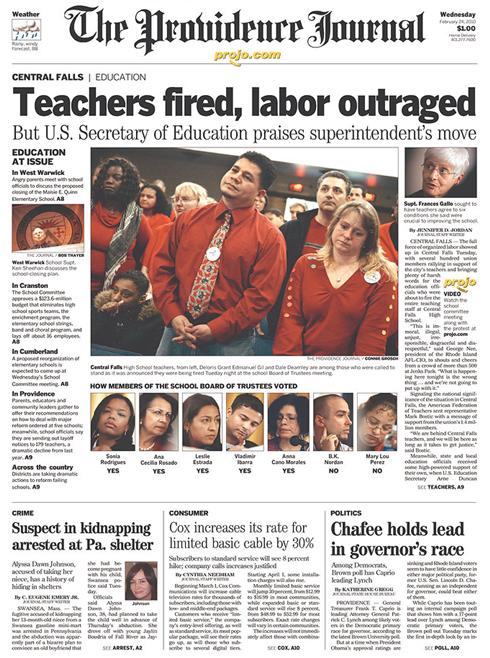 A Rhode Island school board has voted to clean house at Central Falls High School by firing the entire staff of 93, including all teachers, guidance counselors, p.e. instructors and the principal, The Providence Journal reports.

The move makes Rhode Island one of the first states to meet a federal mandate to identify and overhaul poor performing schools.

Central Falls High School was singled out because of very low test scores and a graduation rate of 48%, the newspaper says. Five other schools have been put on notice.

The 5-2 decision by the Central Falls School Board touched off an uproar in Rhode Island’s smallest and poorest city as organized labor showed up to support the teachers while state and local education officials stood their ground, the newspaper says.

U.S. Education Secretary Arne Duncan also weighed in, saying he “applauded” the officials for “showing courage and doing the right thing for kids.”

0 responses to “Entire School System Fired Due to Poor Scores”