ATLANTA — As Georgia faces a potential $2 billion budget deficit, a state senator has created a stir with a plan for reducing education spending: merge two historically black universities in Albany and Savannah with nearby mostly white institutions.

The proposal was made this month by Seth Harp, a Republican who is the chairman of the State Senate Higher Education Committee, and quickly drew condemnation from many black educators, politicians and alumni.

But supporters say the plan would not only save millions of dollars but also reduce racial segregation in state-run universities.

“Institutions supported by taxpayers should be diverse, educating men and women of all colors and creeds,” wrote Cynthia Tucker, the Pulitzer Prize-winning editorial page editor of The Atlanta Journal-Constitution, who is black. “There is no longer good reason for public colleges that are all-white or all-black.”

The plan appears unlikely to be adopted by the Georgia Board of Regents, in part because of the vocal opposition from black educators.

“Historically black institutions play a vital role in the community, the state and the nation,” said Dwayne Ashley, the president of the Thurgood Marshall Scholarship Fund, which supports black colleges. “They provide educations to a number of young men and women who might not otherwise attend college.”

Research suggests that black students often perform better academically at historically black universities. These institutions, which are legally required to admit students of all races, achieve graduation rates similar to mostly white universities, even though they often admit students with less preparation, said Marybeth Gasman of the University of Pennsylvania, an expert in black higher education.

“When you look at Savannah and Albany, those communities really need only one school each,” Mr. Harp said. “The fact that two of these schools are historically black has less to do with my proposal than the economics.”

But he added, “We really need to close the chapter of segregated schools and create a unified system.”

The Board of Regents is not seriously considering the plan, said John Millsaps, a spokesman for the board. “It’s not really on the radar screen,” he said. “There’s not a lot of traction. It’s mainly a proposal by one individual.”

But that did not stop an outpouring of opposition. Alumni and faculty members of the black universities sent letters of protest to the governor, and Ruby Sales, the founder of SpiritHouse Project, a social justice organization, drafted a petition to save the black schools.

“This proposal would continue a long history of white officials implementing an economic plan that disintegrates institutions in the black community,” Ms. Sales said. “Black educational history has been decimated under these types of desegregation plans.”

Mr. Harp’s proposal is not without precedent. During desegregation, white and black schools were routinely merged, including the landmark 1979 union between the historically white University of Tennessee campus in Nashville and the black Tennessee State University.

But Peter J. Sireno, the president of Darton College, said in a statement that the school was “surprised by the idea suggested by Senator Harp.”

“It is my understanding that discussion of institutional mergers is not on the Board of Regents’ agenda at this time,” Mr. Sireno said. “If and when it is on the agenda, we will address it at that time.” 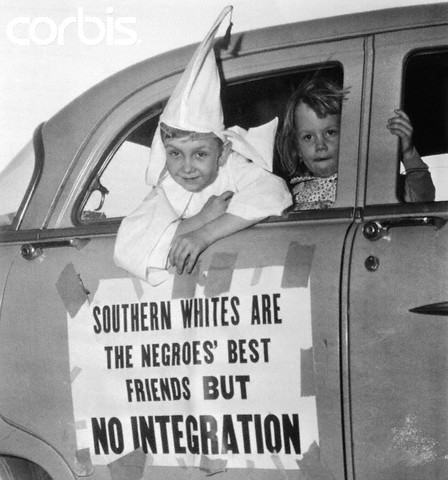 0 replies on “HBCU’s to Merge with Caucasion Institutions??”

Does it really matter? Majority of our HBCUs were founded by Blacks yet funded by White’s to keep functioning. Some of these HBCUs are even named after their white monetary father (e.g Howard University). Segregation should have never been broken and this issue would not be pertinent today. If we are really desegregated, then why are HBCUs the last thing standing while still admitting Caucasians’ of various background (Russia, Germany, Australia, etc.)? Desegregating HBCUs has been a joke since Caucasians’ were allowed to attend while we as Blacks have to use Affirmative Action as a means to secure us a seat at a PWCU (Predominately White College or University)…

This is a heated issue, but until the African American community realizes that their colleges are now integrated and standing on ceremony only hurts the community we will continue to increase the divide between black and white. There are many reasons why the graduation rates at HBCU’s are so high… there is a culture of “easy grades” and “pass at all costs” which is hammered into the faculty. Until the bar is raised and not lowered, HBCU’s will always be looked on as needing assistance and not able to stand on their own. If you need affirmative action to get into a college then you are not ready for college. Start working within your community with the children and teach the basics of reading, math, and writing. Get them ready so they won’t have to rely on affirmative action to survive in this world.

First of all, the notion that the graduation rates at HBCUs are high because of the culture of easy grades is a sweeping assumption that may apply to some HBCUs (as well as many non HBCUs) but certainly not all or even most. In fact, there are many white schools, including those in the Ivy League, that offer passing grades for students who don’t perform well. They do so to ensure that the school maintains its high overall graduation rate.

At Harvard, such grades are called Gentleman C’s; for some courses, it’s the lowest possible grade you can receive without failing. An associate of mine told me that when he played football at Brown, he received a passing grade for two courses that he never attended.

One reason these schools are so bent on keeping their graduation rates high is to justify their high tuition costs. Another is that a high graduation rate implies that you’ve done your homework in selecting the students most suitable for your university, which yields high marks among those who rank colleges and universities.

In fact, in terms of graduation rates, the inverse is the case for HBCU’s; many have admission standards that are lower than some white schools, for they try to offer opportunities to as many people as possible. They also offer great remedial assistance to students once they arrive. Still, you must do the work or you’ll be dismissed, and the opportunity goes to someone else.

The truth is that the upper-echelon HBCUs offer an eduacation that is equal to (and in some cases better than) that of any white school. That statement is a tough pill for many people (black and white) to swallow, but it is the truth (graduate schools and corporate recruiters seem to have no problem with accepting it, however).

The bottom line in all of this is not segregation or integration or history or test scores. It’s money. The bottom line is that if HBCUs, especially state universities, want to maintain their status they must come up with better ways to generate capital. Simple as that.

Peace be unto all,

I first would like to extend a warm gesture of love and thanks to all who are clear of heart, mind and soul. It is a good feeling to know we Moors are not alone among truth.

Now, fro those who are under the spells of post slavery syndrome, please think. Remove the powerful urge to PLEASE the master…! “well if we try alit..more..”! “look all we gotta do is make THEM FEeeel safe..”! “we soooo close a beeeeeeein togat…”!!!”jus alil mo..trussssme”! STOP IT! STOP… IT!!

Wverything is based on rulers and worshippers. That is all that is at play here and that is all that there has ever been since we set this whole thing up over 10,000 years ago. Dont be a pillar under the forces of the enemy (enemy; any entity that works to displace an opposing entity)via negro propaganda. Anytime things go bad, so much so that caucasians get pinched , you better believe he’s going into his slave’s storage closet! After 1933, they got tired of walking around like refugies and mobbed togather and stole Black farms and ranches. Those illiterate thugs would see a spread he liked, nailed a scribled note , “be out by sun down or die”. The decendants of those thieves still own the deeds of countless Black families’ property. As a matter of fact justice still waits for some strong Moors to legally take those properties back. But thats another story.

The names of those Black universties are golden. That is what those white school want is those brand names. I mean they cant call thiers school Armstrong savannah II. There names are dull and unappeling, and you can beleive before they launch a campaign, they didi all their homework! They know the rate of Black attrition, dilution and thier offensive of,” politically correct racism”. Where the end result wil be two typical White schools, who I think had some famous Blacks graduate from there. However on a keeping thangs real level! America has 2 cultures, the Roman and the Moor, all other ethic groups fall into one or the other. The Roman cultre is based on sex, drunkiness and lewd behavior, a problem rampant in Caucasian schools and those influenced by them. Then there is the Moorish schools from which all orignal Universities are modeled. Black schools continue to provide the type of education that developed the mind, body and soul…where love of self and the ancient processes of higher learnig are best preserved. Sadley enough, the viruses of Roman schools have killed of all the hosts and now they seek more people to feed upon. This is what is really at stake here. Tell, “misery” to seek the comany of other white schools and merge with them! And if it be necessary that Blacks schools need to merge to save money…let them merge with Black schools. Lets not be so blinded by Obama’s success that we loose the ability to spot the wolves in sheeps’ clothing.

Hi and thanks for the write-up.

Leave a Reply to All for Segregation Cancel reply