Making the “Haiti is Me” Video

Slogan: Haiti is Me (Ayiti se Mwen in Creole)

Haiti is Me is a grass roots viral marketing campaign aimed at raising an in-depth awareness of the devastation in post earthquake Haiti. Similar to Hurricane Katrina in New Orleans, this disaster has left Haiti in ruins and ongoing rebuilding efforts are urgent. Our objectives are to better comprehend the magnitude of this catastrophe and set into motion the long term reconstruction and restoration of the country and its people through raised awareness, fundraising, strategic partnerships, volunteerism, and educating the next generation of Haitian leaders.

During this campaign we aim to accomplish the following:

The Haiti is Me campaign is designed to continue to raise awareness of the relief efforts as the volume of media coverage on the devastation decreases. This will be accomplished primarily through the use of social media outlets such as (but not limited to): Twitter, Facebook, Myspace, YouTube, WordPress, Tumblr, etc. The slogan, Haiti is Me will be translated into the many world languages to promote a global reach. As part of the global viral campaign, video will be produced featuring everyday people (and participating celebrity) articulating how they identify with the Haitian people. A YouTube promotion will encourage the public to submit their own “Haiti is Me” video for an opportunity travel to Haiti to assist in the rebuilding efforts. 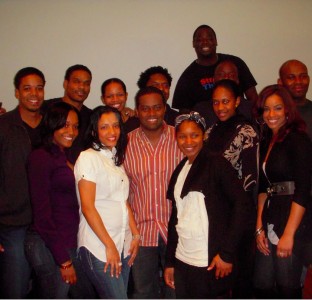 News
Haiti is me, Haiti Relief