NEW YORK – Almost one-quarter of men are married to women whose income tops theirs — more than five times the percentage from four decades ago, according to a research group report released Tuesday.

The report cited several societal and economic reasons for the jump. Marriage rates have declined across the board since 1970, and rates have gone down most sharply for the least educated.

The most educated are far more likely than those with less education to be married, and that gap that has widened since 1970. And since more education is linked to higher earnings, marriage especially boosts a household’s spending power. 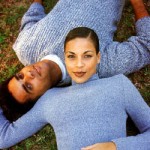