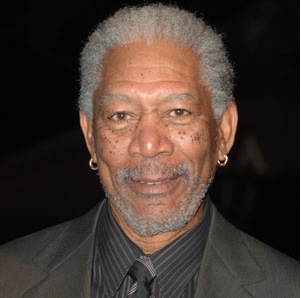 His introduction of anchor Katie Couric was replaced Monday by a voiceover featuring actor Morgan Freeman.

The legendary CBS News anchor recorded the introduction, played at the beginning of most newscasts, when Couric started at CBS in 2006. Cronkite’s voice was kept on the air even after his death July 17.

“As comforting as it is to look back on the great career that Walter had, we’re looking forward now and we just felt it was the right time to make the move that at some point had to be made,” said CBS News and Sports President Sean McManus. “This seemed like the appropriate time since Walter’s passing to make the move.”

Having Freeman on board gives CBS the flexibility to record different intros when Couric has special reports and is on location, he said.

CBS has replaced Cronkite with a generic voice over the past few months when it wanted to highlight something special.